The Banachs, the Brands, the Altons, and now the Scotts. For as long as I can remember, the sport of amateur wrestling has been no stranger to its fair share of historic tales involving twin brothers who have gone on to lead their respective schools to national prominence. For Cornell University Head wrestling Coach, Rob Koll, the hope is that there is magic in another set of siblings as late last night, Craig and Owen Scott broke the news on their facebook accounts that they have elected to verbally commit to the reigning EIWA team Champions/NCAA National runners-up. The brothers, who enter their senior campaign as both returning individual and NYS DII team champions, become the second and third blue-chip members of the class of 2011 to announce their intentions to continue their academic and athletic careers at the Ithaca, New York based campus. They are joined by Caleb Richardson of Blair Academy who several weeks ago become the first student-athlete to commit to Koll and his staff. END_OF_DOCUMENT_TOKEN_TO_BE_REPLACED

Those of you who have followed my writings from local message board icon (kidding, of course) to freelance wrestling journalist know that I have always had a special place in my heart for the New York State Catholic League. It was the place of origin of my now well established affinity for the world’s oldest and greatest sport (to borrow from one of my literary heroes, Mike Chapman). Therefore, it is no understatement to say that I take immense pride and satisfaction when learning that one of its student-athletes has “done good”. For this reason, last night took on great significance to me when I was informed that the league’s brightest star, 3x NYS finalist/2009 NYS DI Champion, Grant Greene, of St. Anthony’s High School, had given a verbal commitment to compete for Coach Drew Pariano as a part of the class of 2015 at Northwestern University. Greene, who will be named to the top-10 seniors list when the New York installment of the Wrestling-49 series is released at a future date, becomes the first rising senior from the recruiting class of 2011 to formally announce his intentions to continue his academic and athletic pursuits at the Evanston, IL based institution of higher learning. END_OF_DOCUMENT_TOKEN_TO_BE_REPLACED

On Monday May 17th, InterMat released the names of the student-athletes who make up the class of 2014 at Johns Hopkins University. Among this list of distinguished wrestlers was a local face, 3x All-Suffolk/2007 DII County Champion, Matt Fusaro, a key member of the John Glenn High School squad that won back-to-back Division I team titles in ’09 and ’10 (were also the team champions in 2007; their last as a DII school). Fusaro, one of the Empire State’s top unsigned seniors heading into the week, was attracting the interest of several prominent NCAA Division I programs before ultimately making the decision to place academics ahead of athletics in selecting the U.S. News and World Reports #14 National University. In making picking his destination, the 2010 Suffolk County Bronze Medalist at 145-pounds became the third wrestler from his high school to formally commit to competing at the next level. He is joined by 2010 130-pound NYS Champion Nick Meinsen who committed to Binghamton University late last month, and 152-pound NYS 3rd place finisher/2009 NYS runner-up, Nick Terdick who opted to stay home and wrestle for Hofstra University all the way back in September of last year END_OF_DOCUMENT_TOKEN_TO_BE_REPLACED 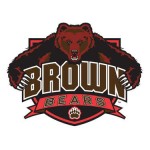 Early this afternoon, I learned from a person very close to the situation that 2010 152-pound New York State DI Champion, Giuseppi Lanzi, has selected the Bears of Brown University as his college choice. As gifted in the classroom as he is on the wrestling mat, Lanzi, with good reason, had his pick of top colleges/universities. However, as was explained to me, the Rhode Island based university has always felt like the right fit for the Amsterdam High School product. Therefore, when he formally received the acceptance letter from the school long rumored to be his #1 choice, it became a fitting ending to a scholastic career that has been nothing short of remarkable. END_OF_DOCUMENT_TOKEN_TO_BE_REPLACED