I like Cornell University Head Coach, Rob Koll; I really do. However, if he continues to make these recruiting press releases a daily ritual, than I am afraid I am going to have to end our friendship….While it goes without saying that the previous statement was obviously meant in good fun, the one thing that is not a joke is the amazing job that Koll and staff have been doing thus far in landing elite talent from the class of 2011. As the calendar switches to October and next month’s early signing period will be here before we know it, there has been no rest for the weary in Ithaca as seemingly every day a new blue-chip recruit is informing us that they have selected the Big Red as their college choice. Less than 24 hours after putting the finishing touches on the press release announcing that #65 recruit, Joe Rendina, has decided on the returning NCAA runners-up, I find myself experiencing a touch of deja vu as again I am back on my laptop to formally break the news that for the second straight evening, an InterMat top-100 recruit, #93 Duke Pickett of Woodberry Forest High School has given a verbal commitment to the Ivy League institution of higher learning. Pickett, a 2010 Virginia State Champion, becomes the third top-100 honoree and fifth overall student-athlete to pick (no pun intended) Cornell.  He joins Rendina, along with #79 Caleb Richardson and twin NYS DII champs Craig and Owen Scott. END_OF_DOCUMENT_TOKEN_TO_BE_REPLACED

Just 10 days after getting verbal commitments from a pair of NYS DII Champions in the persons of the Scott twins, Cornell Head Coach, Rob Koll had cause to celebrate again when 2010 Michigan State Champion, Joe Rendina, the #65 ranked recruit in the land according to InterMat, announced live on Wrestlingaddix.com that the Big Red had won the sweepstakes for his services.  The EIWA conference powerhouse beat out the hometown favorite Spartans of Michigan State (who in their own right have had an impressive start to the class of 2011 recruiting season), as well as the University of North Carolina, who represented the only other institutions to make the final cut on Rendina’s short list of schools. END_OF_DOCUMENT_TOKEN_TO_BE_REPLACED

Joe Rendina, 2010 Michigan State Champion, will announce his collegiate selection live in LeBron James fashion when he chooses between Norht Carolina, Michigan State, and Cornell. The event will be webcast live on wrestlingaddix.com from Dundee High School. Hosting wil be Ryan Henderson and Brandon Mohr live at 3:30 Eastern Time on Thurday September 30. 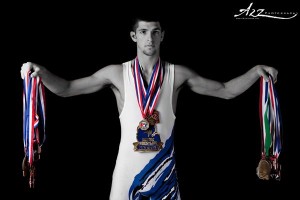 Joe Rendina, 2010 Michigan State Champion, will announce his collegiate selection live in LeBron James fashion when he chooses between North Carolina, Michigan State, and Cornell.  The event will be webcast live on wrestlingaddix.com from Dundee High School.  Hosting wil be Ryan Henderson and Brandon Mohr live at 3:30 Eastern Time on Thurday September 30.