The Big Red wrestling team will add ten members to its roster as the class of 2014. The class has been recognized as one of the best in the country (third by WIN magazine, fourth by TheOpenMat.com and D1CollegeWrestling.com and eighth by Intermat). The group represents eight different weight classes and six states.

The Big Red wrestling team will add ten members to its roster as the class of 2014. The class has been recognized as one of the best in the country (third by WIN magazine, fourth by TheOpenMat.com and D1CollegeWrestling.com and eighth by Intermat). The group represents eight different weight classes and six states. END_OF_DOCUMENT_TOKEN_TO_BE_REPLACED

It’s been a while since I last had the chance to sit at the old laptop and pound out an article for my loyal readers. Therefore, with graduate school set to resume next Tuesday, I knew that it might be long and far between before I had the opportunity to write. Hence, I decided that if I was going to fully commit to writing a piece, I might as well go big by bringing back the Annual Diano Awards. From what I recall, it was one of my more popular pieces from the 2009 season. Thus, I know that I need to give it my all if I am to match the warm responses that I received last year. I shall do my best. END_OF_DOCUMENT_TOKEN_TO_BE_REPLACED

After falling behind 2-0 on a first-period takedown, Beckwith reversed Isaiah Williams of Haverhill (Mass.) High to his back for a 4-2 lead in the 171-pound final. Beckwith added a second-period reversal en route to a 6-3 victory. The Binghamton University recruit added the Senior Nationals title to the titles he won the previous three years in the National Junior, Sophomore and Freshman Championships. END_OF_DOCUMENT_TOKEN_TO_BE_REPLACED

They say that the measure of a man is the way that he responds when things are not going his way. For Blair Academy Head Coach, Jeff Buxton and his team, it is unlikely that heading into day #2 of the Beast of the East tournament, they envisioned themselves in third place in the team standings, trailing fellow perennial powerhouses, Central Dauphin (3x Pennsylvania AAA State Champions) and Wyoming Seminary. However, rather than sulk, the Bucs refocused themselves and got down to business, putting together one of the most impressive second day efforts that I have ever seen in a tournament on either the scholastic or collegiate levels… END_OF_DOCUMENT_TOKEN_TO_BE_REPLACED

The last time that Blair Academy senior, Chris Villalonga, lost a folkstyle match at a big time national tournament, he was a freshman. Since then, the #3 overall recruit in the class of 2010 had gone on to win a three National Prep titles, two Walsh Ironman titles, and a pair of Beast of the East titles. Therefore, when it comes to getting it done under pressure, there are few better. It was for this reason that when faced with a 2-2 deadlock after regulation in his 140-pound finals match, the future Cornell Big Red wrestler did not look the least bit concerned… END_OF_DOCUMENT_TOKEN_TO_BE_REPLACED

It was several months ago that a Cornell University insider informed me that they felt extremely confident that they would land the services of 2009 NHSCA Junior National Champion, Billy George…Yesterday, speculation became fact when the Long Branch High School senior verbally committed to wrestle for the Big Red and Head Coach, Rob Koll….The announcement that George would be Ithaca, NY bound further added to the already deep 2010 recruiting class that InterMat recently ranked as #5 following the conclusion of last month’s early signing period. END_OF_DOCUMENT_TOKEN_TO_BE_REPLACED 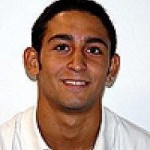 On Tuesday evening, it was confirmed that after weeks of speculation about which Ivy League institution would land his services, Blair Academy senior, Chris Villalonga, had given a verbal commitment to continue his academic and athletic career under the guidance of Big Red head Coach, Rob Koll…This decision came just weeks after Villalonga’s Bucs teammate, #99 recruit Jesse Shanaman, also announced to attend the Ithaca, NY based campus.

With the addition of the three-time defending National Prep champion to their recruiting class, the Big Red have now successfully managed to land both the #3 and #4 recruits in the nation, having received a verbal from Marshall Peppelman (2x PA AAA State Champion) in late September…And what’s scary, is that according to Koll, the Big Red are expected to receive at least three more big name commitments in the coming weeks (per NCAA guidelines, names were not permitted to be discussed) END_OF_DOCUMENT_TOKEN_TO_BE_REPLACED