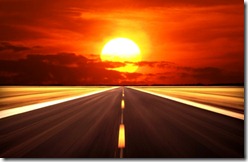 With disappointment and relief, I wish to inform the Lighthouse audience that our coverage of the 2010-11 season was our last. Many factors contributed to this decision. Suffice it to say, it regrettably did not work.

When we began operations in October 2008, our primary aim was to shine a light on the New York athletes and events with results, rankings, articles, interviews, photos, and video replays. In those early days, I never imagined producing live webcasts of the Section XI championships, the state championships, the Eastern States Classic, and the Union Endicott Duals. Yet, after a failed attempt at broadcasting the Wantagh versus MacArthur dual meet, a few weeks later we successfully broadcast the Long Island Challenge Finals where the young John Glenn team exploded onto the scene tearing through the competition and defeating MacArthur. We could not have picked a better season than 2008-09 to launch such an endeavor.

Timing in life is everything. We just happened to launch when web companies began offering free streaming and 3G technology was ubiquitous and inexpensive. This never would have been possible without the internet and its favorable pricing models.

When we applied to webcast the state tournament in 2009, Lighthouse Wrestling was the only company that submitted an application. Last season, four companies submitted one. In our first season, a Newsday journalist was present at nearly every event that we covered. When before there was a dearth of articles, in 2010-11 Newsday had enhanced High School coverage in their Sunday edition with wrestling well represented. Last season, MSG Varsity was sending a crew of professionals and expensive equipment to a number of the dual meets and each of the section finals. In 2010-11, Flo Wrestling jumped into the New York market and covered events throughout the state: north, south, east, west, and in between.

While we take no credit for the abundant coverage since our humble beginnings, we are pleased to know that, though we are gone, even better coverage will continue. Flo is in the house. Need I say more?

I’d like to take the time to thank the key people without whose contributions Lighthouse Wrestling would have been a small fraction of itself. First and foremost, I’d like to thank Pete Candito. Through thick and thin, his unwavering support kept the site going for two more years than it would have otherwise. From day one ‘til day zero, he was present every bit of the way giving the best of himself in covering the sport that he loves. He was largely responsible for our Section XI coverage. On our webcasts, he went by the nom de guerre “The Voice of Lighthouse Wrestling.”  With his warm commanding voice, he put the hue in color commentary.  His voice was unmatched.

For some events the only live coverage available was to submit text updates. The endurance of this young man was awe inspiring. From the early morning hour at the State Championships until the last blown whistle, Matt Diano’s fingers hammered away at the keyboard like a hummingbird’s wings at the air. Of the three years we covered the tournament, I can’t recollect ever seeing him budge from his seat even for a restroom break. After the quarterfinal round when most of the audience and journalists cleared the arena, Matt was adamant about continuing. He felt it would disrespect the athletes who busted their ass all season long to compete. He was right, and so we continued.  Matt brought his unparalleled fountain of knowledge of the college and high school athletes to his articles. Turning a phrase like no other wrestling journalist, he was our Shakespeare. Without his passion and unique talent, Lighthouse Wrestling would have been just another site among the countless domains.

Who would have thought it was possible to combine humor and iron into some of the most memorable strength training articles? Iron Will Ellinger and I were teammates in high school. I don’t recollect him being as humorous, but he was always serious about his training. If you want to get strong, there’s no one who does it better, and there’s no one who writes about it better.

Pete, Matt, and Iron Will thank you from the bottom of my heart for the passion and support you have given towards this effort.

To all those who generously donated, we thank you. When the community rallied to support our state webcast in 2010, it was humbling and inspiring.

To all those who shared their stories for our features and interviews, we thank you. It was a pleasure bringing your story to the community.

New York wrestling is tops in my book. Thank you all for a most enjoyable three years of wrestling. I wish you the best of luck in the season to come. I know it promises to be among the best.

The site will remain up until March 2012.  If there’s anything you want to keep as printed copy, now is the time to do it.