While a 40-9 win over Harvard may seem like just another day at work for Cornell, the season-ending dual victory marked the ninth-straight year in which the Big Red claim the Ivy League crown. 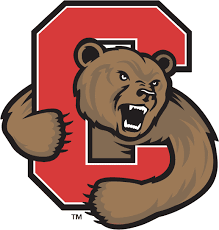 While a 40-9 win over Harvard may seem like just another day at work for Cornell, the season-ending dual victory marked the ninth-straight year in which the Big Red claim the Ivy League crown.

Harvard’s heavy hitters got their licks in with Stephen Keith (125) and Walter Peppelman (157) scoring wins in individual bouts, but outside of those two matches, Cornell was in total control. Mike Grey (133), Justin Kerber (165), Mack Lewnes (174), and Cam Simaz (197) all claimed pins as the Big Red finished the dual meet portion of their schedule with a 13-1 record.

Earlier in the week, Cornell earned its 12th win of the season when the team blanked Brown, 44-0. Seven of 10 grapplers earned bonus points for the Big Red.

Just two hours before its loss to Cornell, Brown won its second dual of the season, 36-2, over Sacred Heart. Three straight major decisions from Cortlandt Choate (133), Grant Overcashier (141), and Giuseppi Lanzi (149) sealed the deal for the Bears early. Sacred Heart’s only win came at 165 pounds, but was deducted a team point for unsportsmanlike conduct.

Brown rounded out its dual season with matches against EIWA programs Bucknell and Columbia. Against the Bison, Overcashier’s 9-0 major decision over Adam Healey proved to be the lone bright spot for Brown in a 31-7 loss. Major decisions from Jay Hahn (197) and Joe McMullan (Hvy) closed out the dual for Bucknell. Those two weight classes proved key again against Columbia as Brown dropped both bouts again in a 24-9 loss.

The win marked the second victory on the weekend for Columbia, who bested Harvard, 32-7, one day earlier. Same as the match against Cornell, Keith and Peppelman did their part for the Crimson — earning a major decision and decision, respectively — but other than that it was all Columbia. The Lions closed out the dual with five straight victories, finishing with Kevin Lester (Hvy) winning a 4-4 decision in a tiebreaker, thanks to 33 seconds of riding time.

And The Beat Goes On

In one of the most highly anticipated duals of the EIWA season, Lehigh traveled to Rutgers Thursday night in a battle of two top-10 teams. The Mountain Hawks took the dual, 21-9, behind its strength at the end of matches.

Historically, Lehigh has now won 37-straight duals against the Scarlet Knights and are 40-1 against Rutgers overall.

The dual started out as well as any Scarlet Knight fan could have hoped, with Rutgers going up 6-0 behind a victory from Joe Langel at 125 pounds and an upset courtesy of Matt Fusco over Frank Cagnina at 133 pounds.

However, things started to slide for the home team after that. Lehigh pulled even when Joey Napoli upset Mario Mason at 149 pounds with a 7-2 decision.

Daryl Cocozzo (157) gave Rutgers the lead once again with a 5-3 decision over Sean Bilodeau, but that would be that last time the Scarlet Knights won a bout.

The remaining five weight classes featured ranked wrestlers for the Mountain Hawks and they all held serve to quiet the 5,011 fans at the match — the largest crowd to attend a wrestling match in New Jersey wrestling history.

The dual ended with a tantalizing matchup at heavyweight between Lehigh’s No. 1 Zach Rey and Rutgers’ No. 4 DJ Russo. Neither scored a takedown in the match’s seven minutes, but Rey’s escape and riding time point kept him undefeated on the year and gave him a 2-1 decision.

Rutgers rebounded Sunday against Drexel, closing out its 2010-11 dual schedule with a 39-6 victory.

Lehigh followed suit against Penn, as the Mountain Hawks overwhelmed the Quakers in a 35-4 rout.

—   It may not come with the same tradition as the football game, but the Army-Navy wrestling match took place this weekend with the Midshipmen earning their 11th-straight victory, 24-9. Senior Bryce Saddoris (157) earned a 5-2 decision to move himself into a tie for first on the all-time wins list in Navy history with 141 victories.

—   In the fourth annual Battle for the Rupp Cup, Franklin and Marshall earned its first victory over Millersville, 22-13. Jake Bucha (133) got the party started for the Diplomats with a 14-5 major decision.

—   It was a tough weekend for the Princeton Tigers and they fell 33-11 to Hofstra and then saw an early lead slip away in a 25-18 loss to Boston.

Wrestler of the Week

By helping his school earn the Ivy League title for the ninth year running, Cornell’s Justin Kerber is this week’s Wrestler of the Week. The senior from Emmetsburg, Iowa pinned Harvard’s Erik Gobbo in a mere 53 seconds. One day earlier, Kerber scored a technical fall over Max Lewin of Brown in 5:35. Kerber is 28-2 on the season currently ranked No. 4 in the nation.