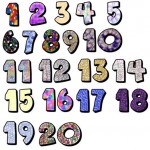 For years, it has been the shared sentiments of many New York State wrestling aficionados that our scholastic teams do not get the credit and recognition that they deserve in regard to the various national rankings services. Time after time (compliments to Cyndi Lauper), a team emerges that has the NYS populace excited, thinking that perhaps they will be the team to break the streak and get the Empire State back on the national radar. And, season after season, despite the local hype and admiration, it never seems to happen. It is with these thoughts and emotions in mind, that it is both my pleasure and my privilege to announce that our collective patience has paid off and our sometimes overly bold cries have been heard, as not one, not two, not three, but four of our top programs will find themselves amid the best this country has to offer when Amateur Wrestling News and InterMatwrestle.com release their updated team rankings for the week ending on February 5th…After all of the hard work, blood, sweat, and tears, the day belongs to Shenendehowa, Spencerport, Longwood, and St. Anthony’s.

While the finalized version of the InterMat poll is not yet available, it is believed strongly believed that when all is said and done, it will be the #29 ranking achieved by Shenendehowa in the latest AWN installment that will headline the accomplishments of this quartet….Never ones to shy away from or duck a challenge, the section II perennial powerhouse’s willingness to continually “put it on the line” has seemingly worked in their favor…The team champions at the prestigious Union-Endicott Duals (considered to be the unofficial dual meet championship tournament in NYS), Shenendehowa’s second place finish at the famed Eastern States Classic demonstrated that this squad is capable and dangerous in either a dual or tournament format. 2-0 in duals involving the other nationally ranked teams (semifinal win over Spencerport at U-E Duals; 32-30 victory over St. Anthony’s in the U-E finals), this immensely polished team featuring the likes of Jesse Porter, Max Miller, Nick Kelley, the Almaviva brothers, Jimmy Carucci, and Tony Fusco among others, will no doubt be there at the end when it comes time to crown a DI team champion in Albany….Shenendehowa is currently the #1 team in NYS as voted by the New York  State Sportswriters Association.

Finding themselves only four spots below Shenendehowa is #33 Spencerport. Already having beaten Shenendehowa in tournament play at the Teike Bernabi tournament, as well as placed third at  the U-E Duals (behind Shen and St. Anthony’s) Spencerport really caught the nation’s attention this past weekend when they upended New Jersey superpower, South Plainfield (previously #24 according to the AWN), on a dual shown live on Lighthouse Wrestling. Winners of eight of the 15 bouts against the #2 team in the Garden State, Spencerport etched out the hard fought 34-27 victory, a margin that closely resembles SP’s other two losses to fellow nationally ranked teams, 30-28 to Nazareth (PA) and 32-25 to Wyoming Seminary (PA) at the Virginia Duals…

Expected to be the higher of the two teams honored by InterMat will be the still unbeaten boys from Longwood…Ranked #2 in the most recent NYSSA poll with a dual record of 10-0, the Suffolk County juggernaut silenced the critics who questioned the strength of their schedule when they went out and blitzed the field, winning the Eastern States Classic team title by a 36 point margin over the aforementioned runners-up, Shenendehowa….Speaking volumes of the depth and overall quality possessed by the Lions is the fact that they accomplished this impressive feat despite not having an individual champion at the ESC…Having posted sound dual victories over the likes of  Brentwood, Sachem East, and Ward Melville, ranked 4th, 6th, and 9th respectively in Suffolk County by the Long Island Wrestling Association (LIWA), Longwood is another team that most definitely falls into the dual threat category….Led by the Rasheed brothers (both of whom have made the NYS DI finals during their scholastic careers), Nicky Hall Jr., Pat Jennings, Rick Renck, as well as five other Section XI ranked grapplers, it is nearly impossible to find a hole in the Longwood line-up, making them every bit as deep as the 2010 John Glenn squad that put on a show last season in earning the top ranking in the state.

And finally, representing the Catholic League as the second team showcased in the InterMat rankings are the Friars of St. Anthony’s….Owning wins already this season over Suffolk’s #2 (John Glenn), #3 (Hauppauge), #6 (Sachem East), and #8 teams (Connetquot), the Antoni Walters/Keith Eckert led Friars followed up their runner-up finish at U-E Duals by traveling to California and walking away with the team title at the Five Counties Tournament, considered by many to be among the top-5 regular season scholastic tournaments in the United States. In fact, even in a bad year, the competition is so fierce that a title at the event is worthy of praise, as indicated by InterMat’s Josh Lowe when breaking the news to LHW of St. Anthony’s inclusion in the soon to be released high school rankings…With the single blemish on their record, the loss to Shenendehowa in the U-E Duals still plaguing them, the defending Catholic State Champions will more than likely cruise to a second consecutive sectional title with the only question being, how many individual wrestlers will they quality for the NYS tournament? With 12 individuals sitting in the top spot at their respective weight classes in the newest CHSAA rankings, should STA be successful in qualifying this dirty dozen, it goes without saying that the sheer quantity of manpower will provide them with a possibly insurmountable advantage in the team race at the DI state tournament….Leading the charge on this crusade for individual and collective glory will be seniors Grant Greene (2009 NYS Champion), Jimmy Morris (2009 NYS-3rd), Thomas Scurti, Mike Gangaroosa, John Guarino, Paul Alessandrini, and big man, Jon Decir….Talented underclassmen include 2010 NYS Schoolboy State Champion, Freddy Dunau, 2010 NYS qualifier Jamel Hudson, and transfer/2010 Louisiana State Champion, Daryian “Coota” Riley….St. Anthony’s finished 7th in the team race last season at the DI state tournament, the highest among these four schools.

On behalf of everyone at LHW, we extend our pride and sincere congratulations to the coaches, parents, and student-athletes from these fine programs…May be the best team win it in the end !!!