Down to the last two bouts on a Friday evening in January of 2009, the Longwood Lions trailed the Brentwood Indians 26-18 on their turf. 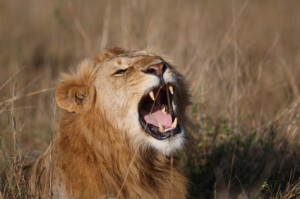 Down to the last two bouts on a Friday evening in January of 2009, the Longwood Lions trailed the Brentwood Indians 26-18 on their turf.

First up at 103lbs was freshman Malik Rasheed. In a see-saw battle against sophomore and veteran David Chaverra, Rasheeed squeezed out an overtime victory to win 10-8.

While the win kept the team victory within reach, it demanded the middle school competitor, Nicky Hall, to either tech-fall or pin his veteran opponent for the Lion’s win.

In a battle where the lead swung back and forth, Brentwood’s victory appeared all but assured. At 3:37 to thunderous roar and a slap of the mat, Hall nailed his opponent to the Brentwood Green to secure the 27-26 victory. This evening marked the baptism of what has become the 2010-11 Longwood powerhouse. 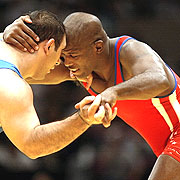 After an illustrious reign in the early ‘90s when the Lions were once kings of New York State wrestling, Picozzi returned to the mat after a 10 year sabbatical. “I returned to see if I could build Longwood into a powerhouse team again,” said Picozzi.

During that earlier reign, Longwood broke into the history books when they terminated Sachem’s 36 dual meet winning streak after Picozzi’s 2nd season coaching. In those days, the dual meets with Sachem would sell out the 2,200 seating capacity Longwood gymnasium in 2 days.

“The matches with Sachem were the most memorable of that time,” said Picozzi. They were among the top teams in the state, and their dual meets were often decided by the last bout.

In 1992 and 1993 Picozzi coached what only could be described as the “Dream Team.” The Lions were stacked mile high in state champions: Rason Phifer, John Lange, Duane Thompson, Kerry McCoy, and Nick Hall.

John Lange became Section XI’s first 3-times New York State Champion and an NCAA All-American for Penn State. Lange’s performance at NCAA’s ranked among Coach John Fritz’s (Penn State’s Head Coach) greatest coaching moments. Fritz said, “…John Lange winning 7 matches in a row after losing in the 1st round to come back and get 3rd. That has to be one of the all-time comebacks on any team.”

Kerry McCoy, the most renowned of the team, was a 3-times All-American for Penn State and 2-times champion in 1994 and 1997. In the 1997 NCAA championships he was selected for the Dan Hodge Trophy given to the outstanding collegiate wrestler of the year. He was a 2-times Olympian, placing fifth in 2000 and seventh in 2004.

In high school Picozzi wrestled for legendary hall of fame coach Lou Giani of Huntington. He was a member of the first graduating team to wrestle their entire careers under him. Unsurprisingly, in 1976 they crowned 8 section champions tying the Section XI record with Lindenhurst.

Picozzi won the tournament MOW defeating Kevin Smith by a 3-2 decision that year. Though he pinned everyone through the section tournament the year before, Picozzi’s repeat title was in doubt. Smith defeated Picozzi 7-2 in the league finals.

That match branded Giani’s reputation for dissecting opponent’s weaknesses more lethally than a surgeon’s scalpel. All week long, coach and student studied the films, prepared a new strategy, and drilled it repeatedly with the precision and repetition of a classical pianist practicing scales. The word “fun” had no place in a room dedicated to building champions. Fun was ripping apart your opponent. And that they did that with guided missile precision.

Picozzi Graduated and wrestled for Iowa State’s legendary Harold Nichols after the University of Florida dropped their program. “He (Nichol’s) was very much a businessman. You were expected to produce, and you knew it,” said Picozzi. And produce he did, becoming a Big Eight champion and 5th place NCAA winner at 118lbs. “We didn’t lose too many matches. We beat Iowa when they had their 10 year win streak in the National Championships,” remembered Picozzi. “It was intense. The dual meets were televised live, 15,000 fans filled the seats, and people knew who you were around the state.”

When he became coach of Longwood, he plied all that he learned from the great mentors, in particular from Giani. Giani’s method was simple. He ran an aggressive well thought practice with no time wasters and no lengthy lectures; he set up his schedule with thought, creating peaks and valleys, and arranged the last valley to precede the end of year tournaments.

When asked how an aspiring coach can replicate his success, he said, “Pick a system. Figure out the moves you want to do. Drill them repeatedly until they become reflex. Put a lot of time and effort into the kids, and get the kids to believe in themselves.”

“Coach, what’s the most important aspect to building a winning team?” I asked. “Build the confidence in the team so they believe that they can do it. Most import is the relationship with the kids than how to wrestle.” The goal for Picozzi is to make as many kids successful as possible. “Success in life and on the mat, success for whatever it is for that individual,” said Picozzi.

So when he returned to the mat, he did like he did before. The team practices throughout the year going 4 days a week in the off season. They load the kids up in the vehicles and travel to the best tournaments around. And now, the youth team that was tearing up the Eastern Seaboard is maturing into veteran varsity competitors.

They’ve been homing in on the Section XI team title for the past 3 seasons. After a 17th finish in 2007, they jumped into the top 5 the following season taking 5th place. In 2009, they climbed into the 3rd spot behind John Glenn and Hauppauge. They repeated a 3rd place finish in 2010 behind the same teams and increased their score from 144 to 161.5. With maturity and the improving performances, fans have been anticipating their highest accomplishments yet.

With the early season tournaments underway, they sent shockwaves through the wrestling community with their championship at the Bruins cup on December 7th. They outdistanced what many consider to be the top Section VIII team, Long Beach, by the mountain high score of 400 to 278. The Lions accounted for nearly half the finalists: 13. From 96lbs to 171lbs are the “The Butcher’s Dozen” who would make the Dirty Dozen cower in fear.

I know…I know; it sounds about as frightening as a jack-o-lantern, but look what they did:

Already comparisons are being made to the former dynasty. When asked how this team compares to the great teams of the past, Picozzi said, “We’re going to have to wait and see. I think it’s just as talented as the other teams.”

Of course, it’s what the coach is supposed to say, but if you ask any fan, there isn’t a doubt. This team will rival the best. 2011 may be the year when the Huntington Blue Devils’ record for the most Section XI champions in a single tournament falls to Picozzi’s Lions. Who better to break the record than the coach whose team inked the Blue Devils into the record books?

When Maryland visited Hofstra for a Dual Meet on December 12th, I interviewed Kerry McCoy about those earlier days.  My apologies for the weak audio.  I was experiencing mic problems.  I have a new setup and I’m still getting used to the adjustments.