It’s that time of the year: Time to put the footballs away, Time to lace up the wrestling shoes and get your headgear out of the closet, Time to stop eating all those great meals, and time to step on the scale. 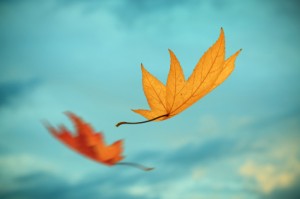 It’s that time of the year: Time to put the footballs away, Time to lace up the wrestling shoes and get your headgear out of the closet, Time to stop eating all those great meals, and time to step on the scale.  As we embark on the start of another High School wrestling season, we must factor in who graduated from which team, who gained the most weight, what weight classes will  our champions be grappling in  and who worked the hardest in the off season before making any predications for Section 8. There are so many variables. For instance, which club did you wrestle in? Let’s see. We have Razor, Wantagh’s 3 Style Club, Strong Island, VHW, Ascend, Babylon Panther Wrestling, and the many wrestlers who train privately. Changes for 2011, let’s see… How about 96 and 285 both count as mandatory weight classes. Which team has the most depth? There will be one team Championship this year in Nassau. You can throw out the A and B divisions. Let’s see who the real number one Dual Meet winner is.

Some of the better teams include Long Beach High School who won the Nassau County Championship in surprising fashion last year. The defending champs are led by Nassau County Head Coach of the year for 2009-10, Ray Adams and his assistants, Miguel DelGado and Leo Palacio. They bring back some serious muscle. Leading the charge is Mark Raghunandan who is the reigning Nassau County Champion at 96 pounds. Mark also competed in Fargo, North Dakota this past summer taking second place in the Nationals and has worked very hard training in the off season. We must not forget Krishna and Steven Sewkumar, the 2010 runner up at 96 pounds.  At 103 pounds, Long Beach returns Matt Gray who took 3rd in the County; Oral Allen, returning 4th place at 112 lbs; Edisson Tigre-Borja, runner-up at 130 pounds; Nick Khoury, runner-up at 135 pounds, Dylan Palacio, runner-up at 140 lbs, a former High School All American from Fargo 2 years ago who came so close to upsetting defending state champion, Stephen Dutton last year during a very, very close semifinal match at the states.  Expectations are high. Next is Adam D’Auguste a third place wrestler last year at 145 pounds and County Qualifiers Joshufa Lopez at 160 lbs and Joe Bosco at 189 pounds. Does Long Beach have enough?

Another team that could contend is the Plainedge Devils. Under the leadership of Rob Shavers, you can never count them out. Coach Shavers does more with less than any coach in Nassau. He is an outstanding technician that makes his team better.  Some of the wrestlers coming back include: Connor Sullivan, 4th in County at 96 lbs; Chris Nigro, 103 lbs; Mike Scuttelaro, 119 lbs; Rus Lascala, 125 lbs; Sean Peters, 135 lbs; Mike Nigro, 4th in County, 140 lbs; Dan Spurgeon, runner-up at 145 lbs; Jon Peters, 145 lbs; Dan Coder, 152 lbs; Tyler Poli, 152 lbs; Andrew Jones, 160 lbs; John Caltigirone, 189 lbs and Dave Ng, 3rd in NYS.

How about the Uniondale Knights? Can Coach Godoy reach into his bag of tricks? He is among the best coaches in Section 8 and proves it every year. You can never count out the Knights. Wrestlers that deserve mention are: Adrian Berry, 96 lbs; Marvan Amazan, 119 lbs; Khaliq Evans, 119 lbs; Denvol Haye, 4th in County 125 lbs; Devon Russell, 125 lbs; Teniola Daramola, 160 lbs; Davlon Porter, 171 lbs; Elijah Shabazz, 189 lbs and Dante Salbrey, 285 lbs.

This will be a challenging season starting with the weight certifications. Once we get over this obstacle we can see where the wrestlers will line up for the year. I can’t wait for some of the better match up’s. 96 and 285 count. Head-to-head matches that will determine who is ranked where and the coaches pulling their hair out at meetings making sure who is properly ranked before the  Qualifiers, then the Counties and finally the States.