The Big Red officially opened the season with a Friday night match against #6 Central Michigan and followed it up with the Arno Niemand Body Bar Invitational. 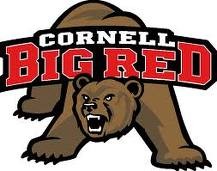 The Big Red officially opened the season with a Friday night match against #6 Central Michigan and followed it up with the Arno Niemand Body Bar Invitational.

I saw many of you at the match and tournament and heard from many others that you were able to watch the match and finals of Body Bar live on Flowrestling and/or Cornell’s Redcast. For those of you who did not follow the team, shame on you! That being said I will give you a rundown of the week’s highlights.

Friday night’s match was held in the Friedman Wrestling Center. If you have not been physically present at a match in the Friedman Center you are truly missing out on a unique collegiate wrestling experience. It is unfortunate that we have to turn many fans away due to the fact that the Friedman Center only holds 1,100 spectators. Those fans who purchase their tickets in advance and the other fans comfortable enough to call me and ask me to prop the back door open get to enjoy an intimate spectator experience unlike any other.

125 Frank Perrelli suffered a disappointing overtime defeat against Central Michigan. He made few serious attacks and when he did he failed to continue to press the action. Frank’s strength is not in his defense so he is at his best when he is aggressive. Frank looked much better on Saturday. Entering the tournament as the sixth seed, he knocked off the third and second seeds before falling in the finals to #6 Nic Bedelyon of Kent State.

Many of you have asked about the status of Tyler Biscaha, last week’s Binghamton Open champion. Tyler will be eligible to compete for us in the second semester.

133 Joe Stanzione continues to wrestle well despite suffering two defeats, both at the hands of Scott Sentes of Central Michigan. Joe looked great on Saturday in dominating all of his opponents up until his defeat in the finals.

Mike Grey has been released to light drilling and will see his first action at the Southern Scuffle.

141 Corey Manson pulled out an exciting third period victory on Friday night but did not wrestle up to expectations on Saturday. Corey continues to struggle finishing his takedowns. This deficiency cost him at the Body Bar as he dropped two matches; one against freshman teammate Mike Nevinger.

The good news at this weight class is that the future is bright. Freshman Chris Villalonga had a breakout performance by wrestling his way into the finals. Chris is extremely technically smooth on his feet as well as a tenacious rider on top. His only poor performance was in the finals where he was pinned in the first period and his only weakness is on bottom. This is typical of freshmen and unfortunately I have to admit my main concern as a team. We are usually very effective off the bottom and I cannot say I was pleased with our bottom work.

Mike Nevinger placed 5th (the highest you can place if you lose before the semifinals). Mike’s only blemish occurred in the second round and he redeemed himself by wrestling back for fifth, pinning the same wrestler who defeated him earlier in the tournament.

149 Kyle Dake won 6-2 against Central Michigan and did not compete in the Body Bar. Kyle injured his ribs last weekend and did not practice during the week. We expect to have Kyle back in the room this week.

157 DJ Meagher looked strong and fit in his 6-1 victory against Central Michigan. In the past, DJ has struggled in the third period. I attribute most of his issues to the fact that he was not wrestling at his ideal weight. He looks very good at 157 pounds. During the preseason this weight class was considered to be a question mark at best and a hole at worst. To be able to turn this weight into a strength makes our team all the more powerful. DJ did not wrestle in the Body Bar due to an injury suffered last weekend which he aggravated on Friday.

Freshman Craig Eifert placed 4th. He made it all the way to the Body Bar semifinals before falling to the eventual champion. Craig entered the tournament unseeded and gave all Cornell fans in attendance a glimpse at some of the talent waiting in the wings.

165 Justin Kerber was perfect on the weekend, improving his season record to 9-0. Justin’s style is reminiscent of Tyler Baier ‘06. He has brutally tough defense and is a beast on top.

174 Mack Lewnes continued his march to the NCAA title by dominating #4 Ben Bennett 6-2 in Friday night’s match and then again in the Body Bar finals, this time by a 13-5 score.

184 Steve Bosak was the third CU wrestler to enjoy a perfect weekend. Despite wrestling nine matches, he has yet to be tested. I am excited for Steve to compete at the Las Vegas Invitational where he will have the opportunity to face many of the nation’s top 184 pound wrestlers.

197 Cam Simaz registered the only pin of the night against Central Michigan, locking up the dual meet victory. The fall also added $1,415 to the Cornell wrestling coffers thanks to the 72 of you who have made pledges to this year’s pin pool competition. For those of you who have not already made your pledge, what the heck are you waiting for? Cam went on to place 2nd at the Body Bar. He lost a thrilling 10-9 match to #3 Dustin Kilgore of Kent State.

Figuring out the lineup

I prefer to allow the team to sort itself out via early season tournaments rather than in the classic wrestle-off format. In most cases it is rather apparent who deserves the starting role. However, each year there are a few weights which require wrestle-offs. This year is no different. The weight classes of 141 and 285 are still undecided. Last week Snyder and Lane wrestled off to determine who would wrestle against CMU. Corey Manson outperformed all the other 141 pound wrestlers at the Binghamton Open, so he earned the starting spot against CMU.

At the Body Bar, Chris Villalonga outperformed all other 141 pound wrestlers, so he has earned the opportunity to represent Cornell at Las Vegas. Oney and Stryker once again had comparable results, so once again we will have to wrestle off to see who goes to Vegas.

This weekend we will be taking anyone who is not currently starting to the Lock Haven Mat Town Open. The following weekend we return to action on Dec 3-4 where we compete at the Las Vegas Invitational.

All the best, Rob

One thought on “Matside with Rob Koll – Opening Weekend Recap”