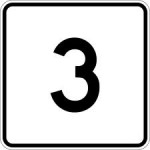 Like any sport, wrestling is a pyramid where only the very elite are able to successfully make the jump to the next level. For this reason, it is a major honor when a school, town, or for that matter a wrestling club is able to send even one student-athlete to the NCAA Division I level. With this sentiment is mind, I ask you, just how big a smile do you think adorns the face of Sayville WC coach Mike Vetrano, who over the course of the last few weeks has witnessed not one, not two, but three of his star pupils give commitments to DI schools? My guess is that the grin is ear to ear, and rightfully so….Starting on November 6th when All-Suffolk wrestler, Steven Leshinger (a representative of Sayville High School as well as the wrestling club) gave a verbal commitment to Princeton Tigers’ Head Coach, Chris Ayres, a chain reaction was created that saw Paul Alessandrini commit to Franklin & Marshall two days later, and the third of the trio, Mt. Sinai’s Frank Abbondanza pledge his allegiance to the Tar Heels of the University of North Carolina exactly one week after Leshinger’s initial commitment…When approached from just a wrestling aspect, this accomplishment is sufficient enough. However, to look at only one side of the proverbial picture is to ignore the true essence of what this achievement means. With all three of the selected institutions of higher learning ranked in the first tier by US News and World Report, it means that not only have these native sons done us all proud on the wrestling mat, they have also been role models in the classroom for their younger teammates. Coming from my background as a guidance counselor in training, the latter is every bit as significant to me as is the former; and both are deserving of your admiration and praise.

The first member of the national class of 2011 to commit to Ayres, Leshinger served not only as a catalyst for the Sayville Wrestling Club, but for the nation as a whole, as soon after his verbal, two additional stud student-athletes from the Buckeye State, Aurora’s Ryan Cash (3rd in the state as a junior) and Kyle Roddy of Brecksville (6th in 2010) followed suit in choosing the Tigers as their college destination…A fourth place finisher this past year at the perennially deep Doc Fallot Suffolk County tournament, Leshinger has been at his best when competing in the two international styles. A 3x member of the New York National team that competes on the Cadet and Junior levels in Fargo, Leshinger showed himself to be a true three style wrestler, medaling in both Greco-Roman (2nd) and freestyle (3rd) at the New York State tournament. Following this effort, the future EIWA Conference wrestler was invited to be a member of the New York State Junior Duals team that competed in Oklahoma City, Oklahoma in June of this year.

Projected as a 149-pounder on the college level, before making the decision to attend Princeton, Leshinger had narrowed down his short list of schools to the likes of Brown, Bucknell, Boston University, Wesleyan, Williams College, and Johns Hopkins. Again, this list is a testament to the value that this young man places on the importance of a quality education; each one of these respective suitors would have prepared him for a successful career post commencement….In addressing his choice, Leshinger credited Ayres as being a primary reason why the Tigers ended up landing his services. He had this to say about his future coach, “Ayres is awesome and has really done some great things to take the program in the right direction.”

As modest as he is gifted, Leshinger wished to share his immense accomplishment with a few of his former coaches, expressing the following: “I would just like to thank my coaches. Mr. Pesko for all the help he has given me with wrestling; Mr. Esposito for all the hours he spends with me after practice; and Mr. Vetrano for the all unbelievable time and energy he spent with me especially during the recruitment process. It was Vetrano who made me believe that Princeton was even a possibility. Each of these men is very dedicated and devoted so much of their time to making me and my teammates better wrestlers.”

Not to be overshadowed was the lone 2010 NYS DI qualifier of the bunch, Alessandrini, who Coach Vetrano spoke incredibly high of, saying that it was the amazing work ethic of the St. Anthony’s wrestler that allowed him to make such great strides in a short period of time…The 2010 Catholic State Champion at 189-pounds, Alessandrini’s effort proved prominent in helping the South Huntington based school to their first team title in nearly a decade. With him expected to be back at the same weight this current season, CHSAA enthusiasts are already predicting a repeat for the Friars’ wrestling program. In addition, ranked as high as #2 in the preseason polls, many are already predicting that Alessandrini will play a key role in leading the CHSAA to its highest sectional finish in recent history…With an off-season win over theopenmat.com’s #12 senior prospect at 184, Mike Mauk of Delaware, Alessandrini proved that on any given day, he is capable of beating anyone in the country…Much like his clubmate Leshinger, Alessandrini has also demonstrated more than his fair of ability in the Olympic styles. This past summer, he posted a .500 record under the Fargo Dome, defeating 2009 Cadet All-American, Skyler Carroll of Montana in freestyle.

Commanding the attention of several college programs, Alessandrini said that after weighting all of his options, he settled on a final five consisting of Davison, American University, George Mason, Wesleyan, as well as the eventual winners of the sweepstakes, F&M…Similar to Leshinger’s situation, Alessandrini shared with me that it was influence of the coaching staff that ultimately won him over. In summarizing the factors leading up to the decision, he said the following: “The assistant coach Matt Greenberg was one of the first coaches to contact me about wrestling in college. Over the last few months I have grown very fond of coach Greenberg and we have developed a nice relationship. Also, just Months ago, Franklin & Marshall hired former American University assistant coach Mike Rogers. Coach Rogers is a great guy too. When I had my official visit the coaches and team were awesome. They seem like they are going in the right direction as a team. Ultimately, I chose Franklin & Marshall because I feel like there I can succeed as a scholar athlete.” Alessandrini also cited the fact that Franklin & Marshall fit the academic profile that he was seeking in a college, saying this, “I wanted to go to a small liberal arts school with Division 1 wrestling, and Franklin & Marshall fit this criteria.”

Recruited as a 184-pounder, Alessandrini was the first recruit from the current senior class to commit to F&M…With current starter, Matt Latessa in the midst of his junior year, it is possible that Alessandrini could redshirt in 2012, and then assume the starting job in 2013 with a full four years of eligibility remaining.  With former DI (West Virginia)/top-10 ranked US Senior FS circuit wrestler Antoni Walters as his head coach during the scholastic season, there is little doubt that the Friar upperclassman will be prepared for the rigors of the DI level, should Rogers and company need for him to compete immediately.

Finally, last but in no way least, Abbondanza has been about as steady in his scholastic career as a Coach Armstrong could ask of one of his athletes. A 3x All-league honoree, the future Tar Heel placed fifth last season at 189-pounds at the Section XI/Suffolk tournament. In doing so, he became just one of four members of his high school to earn All-County recognition. In addition, the multi-sport athlete (he was a member of the Mt. Sinai football team during the fall athletic season), is not one to back away from a challenge as he too made the journey to North Dakota to wrestle in the Junior National freestyle tournament. Winning two matches before getting eliminated by eventual bronze medalist/Oklahoma State recruit, Austin Marsden, the experience is one that is sure to both prepare and motivate Abbondanza as he embarks upon his senior campaign.

Pursued by a plethora of DI schools, when Vetrano first approach me about this press release, it was unknown which way the wind would blow Abbondanza. Having cut his laundry list to a select few that would make any student-athlete jealous—Columbia, Brown, Boston University, Bucknell, Duke, Purdue, and of course UNC to name a few—the soon to be ACC Conference wrestler could not stop raving about his visit to Chapel Hill, saying that he was blown away by the whole experience (coaches, facilities, the team members, as well as the strength of the academics). In being concise, the young man described his future home as “the perfect fit.”

Also projected as a 184-pounder on the collegiate level, Abbondanza is the latest individual to climb aboard the juggernaut that has been the UNC 2011 recruiting class…He joins the following top-100 blue-chippers: #37 national recruit John Guzzo (NJ; 157/165), #62 recruit Evan Henderson (PA; 141), #72 recruit Alex Utley (OH; 174/184), and #98 recruit Nick Catalano (149). Other members of this top-10 ranked recruiting class include Pennsylvania state place-winners John Michael Staudenmayer (3rd in 2010 @160), and Cameron Throckmorton (5th @125). The final piece of the puzzle was 2010 Prep National All-American, Robert Henderson, who finished 3rd @145 before watching brother Evan win the title one weight class lower.

In what has been a pattern of complete humility and selflessness from these young men, Abbondanza was quick to deflect the spotlight off of himself and gave credit to all involved parties, saying, “I want to thank everyone who helped me during this process. My parents, my coaches, my friends; everyone who was apart of making this happen.”

On behalf of everyone at LHW, we sincerely thank these young men for their assistance in writing this piece. We extend our belated and heartfelt congratulations to them, their families, and coach Vetrano. We wish all three continued success in 2011 as each works toward the all allusive NYS DI title.