Going into our third season at Lighthouse Wrestling, I’m quite excited for the upcoming season. Since the end of the first season, I’ve been busy working to have additional contributors to the site. 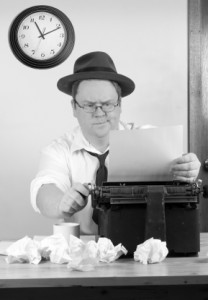 Going into our third season at Lighthouse Wrestling, I’m quite excited for the upcoming year.  Since the end of the first season, I’ve been busy working to have additional contributors to the site.  It’s not easy.  To put it succinctly, few contributors will write for the love of it, even less will continue for any length of time.   However, I’m happy to say that a number of good people have offered to contribute in 2010/2011, and I’m hopeful they will deliver.

If all goes to plan, the scope of the articles will expand this season.  There will be a regular coach’s column from a well known Long Island wrestling personality.  An additional person has offered to write a regular training and nutrition article.   A Rutgers student will be covering the EIWA conference with a weekly submission.   A well known personality in wrestling media will contribute four college articles.   And I’m still hopeful to have a regular referee’s article, though I’m least certain about that one.  So if all goes well, this season will have plenty of brain snacks for Lighthouse Wrestling fans to digest.

Live video coverage is proving to be more difficult.  We have competition from MSG Varsity for the Long Island events.  Flo Wrestling is looking to cover some events in New York, so I understand.  And the state tournament is very expensive to cover.  At this point I cannot say if there will be any live video in 2010/2011.  I plan to cover the events that we did last year, but competition makes this an unknown for now.   If you would like to see us cover the state tournament again, your financial support is necessary and will be much appreciated. If you would like to contribute towards live coverage of the NY State Championship please consider making a donation.

There are still some areas that I’d like to cover, and we continue to seek support.  Covering the CAA conference would complement our EIWA coverage.  So far, no one has expressed interest in covering the conference.  It would be awesome if we could get individual rankings for each New York section. We had great support from Section II last season; I’d like to see it expand.  Though I haven’t solicited for it, I’d like to begin covering Division II on a state wide basis.   If anyone reading this has an interest in contributing in these areas, I’d like to hear from you.

I’d like to bring back wrestler of the week in 2010/2011 but differently.  Instead of waiting for an event during the season to identify the candidate, I’d like the wrestling community to begin recommending worthy candidates.  It was too focused on Long Island competitors, and I’d like to open it up to the entire state.  So if you have athletes that you’d like to see spotlighted in such a fashion, send us their name, contact information, and brief explanation for why you believe this individual should be recognized.

In the spring of 2010, Lighthouse launched a sister site.  The URL is shruggit.com.  It’s a social bookmarking site in the model of digg.com, reddit.com, and newsvine.com to name a few. As a user of those sites, I noticed that combat sports are buried beneath the more popular topics.  The goal of this site is to aggregate the news of interest to combat sport fans under one URL.  It requires your active participation to work.  So far it’s off to a strong start, and I hope the wrestling community begins actively participating in the site.  Social bookmarking brings the best stories to the community by crowd sourcing the popular content.  It’s easy to use.  Find a URL that you like, submit it, and vote on the best ones.   The most popular stories will rise to the front page where the casual visitor can find the most relevant news stories as voted on by them.

Last season Lighthouse Wrestling achieved some new milestones.  Our traffic broke into the top 50,000 most visited sites in the USA for a brief time during the peak of the season, and for a short time, our Alexa traffic rank was greater than Intermat Wrestling.  I say this with tremendous respect for Intermat Wrestling.  A statistic like that wouldn’t be worth noting if you didn’t respect the quality of the site compared against.  Like all wrestling media sites, our traffic dipped in the off-season, but not nearly as much as our inaugural one.  Some of our other statistics are noteworthy.  An average visitor visits 7 pages a day and stays with the site for 10 minutes.  These last 2 metrics significantly exceed those of the top ranked wrestling sites.

Few are happy with rankings, and they are probably the one piece of coverage I like the least.  They take inordinate time, and it gets the most negative comments.  Over the years, I’ve noticed an inverse correlation between the intensity of the feedback and the final achievement.  Give it a thought when you have the urge to complain.  Feedback is welcomed, even critical.  Whining, complaining, and abusive language are not.  Since we’re always putting our name and reputation on the line with our public rankings, I thought I’d create a contest where the critics can show up the Lighthouse rankers.  Here’s your chance, and you can win $50 if you’re successful.  So far no one has submitted an application.  I doubt there’s anyone out there who can do better than us, but I’m interested to see.  It is easy to criticize, but obviously difficult to put your judgment on the line.  Yes, I’m taunting you.

Expectations for New York wrestling fans are high.   Let’s begin at the college level.   After a tragic season of injuries, Hofstra is healed and ready to go.   Accordino, Patrovich, and Bonnano are expected to be in the lineup after a complete recovery, and Lou Ruggirello will be back after a redshirt season.  With some hometown favorites Terdick, Loew, Clemente, and Cody Ruggirello joining the team, I know I’m very excited to follow the action at the Mack Center this season.

After a season that saw the Bearcats break the Prides CAA championship streak, the Bearcats are poised to build on their 2010 accomplishments.  After a Phoenix like resurrection only a few short years ago, the Bearcats finished 21st in NCAAs, their best performance ever.  The Bearcats return NCAA All-American Justin Lister, who sprouted with a 4th place finish like Jack’s magic beans.  The Bearcats’ recruiting class ranks among the top 25, and like Hofstra they have an exciting lineup of hometown recruits: Number 2 ranked Tyler Beckwith, 8th ranked Lance Moore, and John Glenn’s Nick Meinsen.

There’s one burning question to be answered in the culmination of this year’s CAA season.  Will the Bearcats successfully defend their CAA title against a healthy Pride? With many hometown favorites, maybe more than any conference in the NCAAs, expect the CAA conference to offer a thrilling season for New York fans.

Short of Koll’s goal, but with their best finish in NCAA history (2nd), The Big Red is determined to take the NCAA team title in 2011.  Dake, Lewnes, and Simaz return from NCAAs with 1, 2, and 3 finishes respectively.  Replacing Nickerson is Frank Perrelli who fans expect to see, at a minimum, All-American in 2011 after his promising appearances in 2010. Also returning are Grey, Kerber, and Bosak; all three are capable of earning All-American honors.  Then there’s the number 4 recruiting class with high school stars such as Villallonga, Shanaman, Peppelman, George, and Knight (with the latter two student-athletes having made the decision to defer their enrollment and thus begin their respective collegiate careers one year from now). This all-star crew gives Big Red fans much to be excited about.  Expect them to deliver the goods in 2011.

New York high school wrestling looks to be in a rebuilding year in 2011, but that’s only because they’ve been overshadowed by 2 consecutive years of one of the most accomplished graduating classes to pass through New York.   Now in the spotlight, expect this year’s battle hardened wrestlers to shine every bit as bright as the past two.  Check out Intermat Wrestling’s “Wrestling 49 Series” for Lighthouse’s highlights on the class of 2011, contributed in collaboration between Matt Diano and myself.

While still formidable, it looks like team supremacy will pass from John Glenn to Longwood in 2011.   Long Island enthusiasts have been waiting on Longwood’s maturity with seething anticipation, and we expect it to blossom this year.  With 7 returning All-Section wrestlers from the top section in New York last season, they without a doubt have the strongest returning crew of athletes in New York.  While having less returning All-Section wrestlers, John Glenn equals Longwood with 11 returning All-League wrestlers. A dual meet between these two veteran squads would be one worth traveling great distances to watch.  Hopefully, Picozzi made reservations for the UE duals in January where we can once again witness Section XI destruction up north.

2010/2011 promises to be another exciting season.  Lighthouse Wrestling aims to light up the New York action the best we can.  To the fans, advertisers, and donors thank you for your continued support.  For the dedicated contributors, it wouldn’t be possible without them.  Please allow me to formally thank our dedicated contributors Matt Diano, Pete Candito, and Willie Ellinger.   And while Marty Riccio and Bobby O’Connor court the ire of local and national fans, they are instrumental in making our live coverage possible, and I thank them.  The both of them put in 2 grueling full days of coverage at the UE duals last year.  Without their help, it would not have been possible.  These are the few who endure for the love of it season after season.

That’s it for now.  Fan mail is welcome; whether you have a gripe, praise, or suggestion, it’s all encouraged.