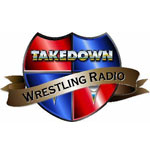 He’ll make the walk in May. Graduation. Cornell’s Big Red was fortunate to have him. At times he needed them as much if not more than they needed him. Through his personal loss, his physical setbacks Nickerson earned All American status 4 x and in 2009 he got to the top of the mountain. This year was painful but he battled though it for a rematch of the 2009 championships with Angel Escobedo to place 4th. He has legions of wrestling fans and admirers from his academic pursuits. Troy Nickerson is the very reason why coaches coach and why I do TDR every week. Troy Nickerson means wrestling!

Redshirt senior Angel Escobedo cemented himself as one of, if not the, greatest wrestlers in Indiana University history, placing third at the 2010 NCAA Championships to become the first four-time All-American in school history.

In another tight tussle between two of the top competitors in college wrestling, Nebraska senior Craig Brester (197) came up just short of a national title as he fell to No. 1 Jake Varner (Iowa State), 5-2, in the finals of the 2010 NCAA Championships at Qwest Center Omaha. Brester finishes a spectacular career with his third All-America honor, while leading Nebraska to a tie for 12th-place in the team standings with 39.5 points.

The biggest (figuratively and literally) fight on the undercard was a heavyweight bout between John Devine and two-time Olympic wrestler, Daniel Cormier. Obviously, Cormier was the favorite, but he brought a 1-0 record into what was only his second fight as a professional. You would have expected Cormier to want to take the fight straight down, but he seemed content to stand and strike, at least for a little bit. After a few nice combinations from Devine, Cormier landed a right that dropped Devine like a rock. Cormier followed with a few ground strikes before the referee stopped it and awarded him the TKO.

Wartburg College Director of Athletics Rick Willis has announced that assistant wrestling coach Eric Keller has been promoted to co-head coach of the Knights’ program.

Honduran Born, Houston HS Wrestler Kevin Bonilla is heading to the Brute adidas Nationals in Kansas City, Kansas. Bonilla, the Nephew of Honduran President Porfirio Lobo Sosa and the first Lady Rosa Lobo Sosa is 15 years old and has been in the sport for a couple of years.