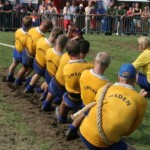 Another Suffolk County tournament is upon us and that translates into 2 great days of the best wrestling in New York State. We all have our feelings about who the Suffolk finalists will be in each weight class and who the potential place winners are. So here are my picks and weight class previews. I hope you have some fun with them. So pick them apart and enjoy another Suffolk County wrestling tournament.

Mark West (Hauppauge) seems to be the huge favorite in this weight class. Can someone wrestle the match of his young career to knock off West? I say no, but it will be fun to watch. Speaking of fun…don’t miss the potential Matt Leshinger (Sayville) – Conor O’Hara (Sachem East) quarterfinal. That should be a good one.

Can the first set of brothers wrestling in the same weight meet in the finals? I wouldn’t count on an all Soria final at this weight. But Suffolk should send 3 wrestlers to the states at 103 if the finish is Mike Soria (Kings Park), Corey Rasheed (Longwood) and Max Soria (Kings Park). Eric Orellana of Brentwood will be in the mix in this weight.

I’m not sure the rest of NY State knows it, but Nigel McNeil (Huntington) is on a mission to win a state title this year…don’t expect anyone to stop him. Vin Punzone (J. Glenn) and Malik Rasheed (Longwood) should tangle in an epic semifinal battle while Sean McCabe tries to test McNeil in a match of styles in the other semifinal. Nick Mauriello of Hauppauge could spoil the lower bracket semi match-up.

Did anyone expect Damon McQueen (Huntington) to dominate in quite the fashion he did last week against Hauppauge’s Ken Collado? I know I didn’t, but now I am convinced. Can Huntington put 2 wrestlers in consecutive weights atop the state podium in Albany? Pete Detore (Westhampton) and Alex Gomez (Brentwood) should battle it out to reach the final and face McQueen.

This weight is interesting and seems to be up for grabs. Casey Brice (Longwood) is the first seeded favorite but Ryan Gerondel (Sachem North), Matt Ross (Rocky Point) and Connor Bass (Westhampton) are all capable of winning this weight.

This is the second weight that two brothers are competing at. So can Ken Meinsen (John Glenn) navigate his way to the finals against his brother and defending county champ Nick Meinsen? Odds are it will not happen, and expect the League 6 qualifiers Adam Lepkowsky (Hauppauge), Maurice Loadholt (Huntington) and Andrew Colamussi (Harborfields) to have a major effect on the outcome in this weight class.

Another wide-open weight class with several potential winners. Matt Gannon (John Glenn) and Kevin Panebianco (Hauppauge) leading the list. Joe Evangelista (Northport) has proven he can be in a close match with anyone. So many wrestlers are potential placers in this weight that it may run neck and neck with 215 as the most fun to watch at Stony Brook this week.

With Stephen Dutton (Rocky Point) as the heavy favorite the question is who he meets in the finals this time around? Edwin Perry (Riverhead) or Anthony Piscatello (Hauppauge) are the logical choices but Piscatello got the 4th seed so Perry should meet Dutton in the semifinals. Rashaad Gray of Bay Shore will look to make his way to a final meeting with Dutton.

A-Rod is king at this weight and he should meet either Jesse Marro (Hauppauge) or Matt Fusaro (John Glenn) in the finals. This may be a weight that falls in line with Ricky Renck (Longwood), Josef Hass (Sayville) and Mike Cella (Connetquot) rounding out the top 6.

Is this weight all about a collision course between Nick Terdick and Kyle Wade? We will have to see if Pat Jennings (Longwood) provides an obstacle to that journey. Rich Lugo is fun to watch and will be on a mission to get back to the podium. John Goulding has to feel he has something to prove in this year’s tourney after a runner-up finish last year and an up and down 2009-10 campaign.

Volpe – Bosco III? Anthony Volpe (Rocky Point) is a returning state place winner with a revenge victory over Mike Bosco (John Glenn) in the league finals. Lou Puca of Huntington and Nick Lobue (Connetquot) will be factors…don’t forget about Matt Mazarakis of Westhampton who had the fortunate spot of finishing 3rd in League 6 behind Volpe and Bosco.

Billy Coggins (Rocky Point) is the favored first seed but Ryan Fox of Huntington will test him. Chanse Menendez (Hauppauge) and Jarid Cheatham (John Glenn) should be factors in this weight class along with Myles Buhner (Riverhead) and Frank Speights of W. Babylon.

This weight is a three horse race with Chris Dilorio as the favorite and Jake Smith (Smithtown W.) and Joe Giaramita (John Glenn) as most potential finalists. Adrian Mack (Bay Shore) and Nick Arma (E. Islip) are formidable competitors in this weight class.

Much parity at 215 pounds in Suffolk this year so this weight is by far he toughest final to pick. Steve Provenzano is the first seed with many others close behind him and smelling a trip to the finals. Reggie Robinson (W. Babylon), Byron Kessler (C. Islip), Evan Wildberger (Lindy), Joe Bilello (Deer Park), Brian Slattery (Mt. Sinai) and Rocco DeForca (Commack) are all legitimate potential finalists in this weight. Not picking it, but could we see a county final that is a rematch of the League 2 final?