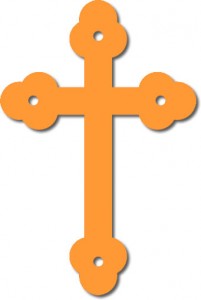 The 2009 New York State Catholic High School wrestling season was one that was marked by the return to the top of Monsignor Farrell High School. After nearly 20 years of watching as other Christian institutions had their days in the sun and hoisted the championship hardware, the team trophy was finally headed back to Staten Island, a location that Lion coaches Lou DeStefano, Rob Pavis, Anthony Anastasio, Phil Squatrito, Pete Hamm, Jason Bross, etc. hope to keep it for the unforeseeable future….One primary opponent standing in the way of a Farrell dynasty is the Friars from St. Anthony’s High School. Much like their rivals accomplished last season, the Friars, led by coaches Antoni Walters and Keith Eckert, will be hungry and determined to regain their spot atop the proverbial mountain, a position that the Huntington, NY based high school has not enjoyed winning back-to-back team titles in 2001 & 2002…A third program that can never be overlooked are the Chaminade High School Flyers, under the tutelage of legendary coach (and my wrestling mentor) George Dlugolonski, and chief assistant Stephen Beovich (who returned to his alma mater after serving as the head coach at St. Dominic’s High School in 2009). Last season, it was the Flyers‘ six year consecutive winning streak that Monsignor Farrell broke in their return to the pinnacle. However, if I learned nothing else during my time at the Mineola centered school, I learned this: when it comes to wrestling, the Flyers never rebuild, they reload. Having tasted defeat for the first time in a long while, I am excited to see how Dlugolonski and company will respond with a fire reignited in their collective bellies….Joining the aforementioned as contenders for the big prize is Kellenberg Memorial High School, guided by CHSAA co-chairperson, Chris Alfalla. It was not long ago (2007) that the Firebirds were considered the best team in the league, having won two-thirds of the Long Island triple crown (dual championship, NSCHSAA League Championship, NYS Catholic State Championship) before being edged out by their sister school Flyers at the big dance. Being so close to perfection only to see it stolen from you has no doubt continued to be a motivating factor for the Firebird wrestlers and staff….The top program out of the Buffalo regional is expected to be St. Joe’ Collegiate, headed by Pete Kennedy. Hit hard by graduation after last season, the Marauders lost five key wrestlers from the squad that placed fifth at last season’s CHSAA State tournament, but return a quarter of big potential young men…Look for a handful of wrestlers from schools such as St. John the Baptist (LI), Fordham Prep (NYC), Mount St. Michael (NYC), St. Francis (Buffalo), Xavier (NYC), St. Joe’s by the Sea (NYC), and Canisius (Buffalo) to make a run at individual glory in 2010.

Having just returned from a top-10 finish at the prestigious Zac Jarzynka Memorial Tournament in Florida, it is no understatement to say that our #1 ranked team, St. Anthony’s boosts what might be the best 1-2-3 punch in all of the Empire State. The Friars, led by returning NYS Champion, 119-pound Grant Greene (NYS Champion @112; 2009 CHSAA State Champion @112), NYS bronze medalist 112-pound Jimmy Morris (NYS 3rd pl. @103; CHSAA State Champion @103), and NYS fourth-place finisher 103- Chris Brienza (2x CHSAA State Champion; NYS 4th place ’09 @96 pounds), are considered by many to be the team to beat in 2010. In addition to the aforementioned trio, the 2009 Long Island Catholic League Champions also feature returning Catholic State placewinners, 160-pound Brandon Meisner (2x CHSAA placewinner—4th in ’09 @145; 4th in ’08 @130), 125-pound Mike Gangarossa (5th @103 in ’09), 125-pound Tom Peguillan (5th @112), 130-pound Tom Penza (5th @119), 140-pound Paul Kelly (5th @130), and heavyweight Jonathan Desir (6th @285)…Speaking to the depth that the Friars possess in 2010, big contributions are expected to be made by 125- Andreas Vanagas, 130- Tom Scurti, 135- Aaron Spector, 171- John Guarino, 189- Paul Alessandrini, and 215-pound Jason Sullivan among several others…What makes the Friars special is how quickly they are able to fine tune the raw potential of first and second year wrestlers.  The best examples of this characteristic are Morris and Decir.  Like many of the wrestlers in the NY Catholic league, when they came out for the team, they did so with little or no previous experience.  However, with passionate coaches such as Walters (who spent some time in the National top-10 as a freestyle competitor on the senior level) and Eckert (a former NYS finalist @103 in 2001), both young men have continued to improve by leaps and bounds over the duration of their scholastic careers.  And now, Morris (who was the lone champion for the Friars at the Jarzynka) finds himself as a serious contender for a NYS federation title and Decir (who if not for a slight slip up while leading 8-0, might have been a CHSAA State finalist) is well positioned to avenge that loss as the #2 wrestler in the first installment of the Cath. State rankings…Not bad for two kids who did not know the difference a Gramby roll and a sesame seed roll four three years ago.  The ability to create masterpieces out of simple clay is a talent that few have been blessed with.  Fortunately for the wrestlers at St. Anthony’s, Walters and Eckert happen to be two of them.

Not ones to ever rest on their laurels, DeStefano and company have had their wrestlers preparing for 2010 from the second that 2009 ended. Simply put, to be a Farrell wrestler, means to be a 12-month a year wrestler. There is no off-season for these gentlemen. In fact, instead of calling them Lions, the school would best be served changing the mascot to “Gym Rats”, because there was not a weekend this past spring or summer that I did not hear about a tournament that the majority of the team was hitting in one of the neighboring states. This pursuit of seeking out the best possible competition has continued into the season as Farrell has already wrestled what seems like 20 duals and recently returned to home with a six place finish at the always fiercely competitive Teike/Bernabi Invitational in upstate New York….Gone from the returning champions are the likes of 2x CHSAA State Champion/2009 NYS 6th place finisher Connor Hanafee (now wrestling at West Point), 2x CHSAA State Champion, Kevin Hartnett (now wrestling at the US Merchant Marine Academy), 2009 CHSAA State Champion, Antonio Sparaco (attending East Stroudsburg University), as well as CHSAA State runners-up Tim Monaghan and Christian Psomas (both teammates of Hartnett’s at the Merchant Marine Academy)….However, unlike most schools, the loss of these five studs has hardly made a dent in the Farrell armor…Thanks in large part to the dedication of both the wrestlers themselves and the staff, Farrell is a team whose athletes make incredible strides from one year to the next. Hence, the learning curve is greatly accelerated, thus making it easier to cope with the strains of graduation…Sitting at the head of the table for the 2010 Lions will be a pair of three-time CHSAA State place-winners, 145-pound Tony Carlo (1st @145 in ’09; 3rd @135 in ’08; 6th @125 in ’07) and 2x Catholic State Champion Ben Villaret (1st @152 in ’09; 1st @125 in ’08; 5th @119 in ’07)…Recently, Villaret became the all-time wins leader in New York City and continues to grow that mark as I write this piece. In fact, as long as he remains injury free, the smart money indicates that before he closes his scholastic career, Villaret will add one more accomplishment to his already impressive resume, becoming the all-time wins king in CHSAA history…Carlo, often overlooked because he has wrestled close in weight to Villaret throughout their careers is no slouch himself. In the past few months, the defending CHSAA champ has notched victories over the top-ranked wrestlers @152 in Nassau (Nick Fitzmaurice of Wantagh; the two split this past weekend at the Teike/Bernabi) and Suffolk (Kyle Wade of Islip)…Joining Carlo and Villaret at the forefront of the repeat attempt are a pair of two-time CHSAA State placewinners, 125-pound Vin Fischetti (2nd @112; 4th @96) and 130-pound Joe Francolino (3rd @119; 5th @96)…Additional Catholic State placewinners that return this season include: 103-pound Paul DiStefano (2nd @96), 112-pound Paul Schianodicola (3rd @103), 119-pound Marc Pirozzi (4th @103 ’08), and 135-pounder Tim McCann (5th @125)…Other wrestlers who should make their presence known are newcomers Will Wilson (4th at NYS Schoolboy States last season), 96-pound Chris Amendola, 145-pound Andrew Psomas, and 160-pound Matt Roberts. Returning CHSAA State qualifiers, Gunnar Rufo  should make some noise at a stacked 140-pound weight class.