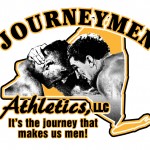 As the calendar hits mid-November, three certainties await the fanatical wrestling fan…First, the college season is now underway and will absorb the majority of your free time for the next five months; Second, Thanksgiving will probably be the last time you are allowed to hit as much as you want without feeling guilty about hunger pains to your friend, child, neighbor, etc. (yes wrestlers, we see the dirty looks you give us when we pig out in front of you); and finally, we are only weeks away from two of the premier early season collegiate events, the Sprawl and Brawl and Northeast Duals, both presented by Frank Popolizio and the Journeymen Wrestling Club.

As has been true every year since the inception of both events, Popolizio and company has assembled some of the finest talent in the nation under two roofs, approximately one week apart. With teams such as Penn State, Edinboro, Binghamton University, Harvard University, and Michigan State all scheduled to compete at the S&B, coupled with the participation of schools such as Central Michigan, American University, Appalachian State, Bloomsburg, Hofstra, the University of Virginia, the University of Nebraska, and the University of Virginia at the Northeast Duals, if you have vacation time coming to you, I strongly suggest that you put in for it and make the trip to Upstate New York to experience some of the fiercest wrestling action anywhere on the planet….Whether you are a native Empire Stater or call cities like Fairfax, Lincoln, Cambridge, Pittsburgh, etc home, Popolizio and the wonderful people at Journeymen something for you to see.

For the locals, attendance at these two super events will offer you the opportunity to see many of the state’s native sons coming home to showcase the progress they have made since leaving high school and moving onto the collegiate level…In fact, so abundant is the list of New Yorkers that I could not list them all…However, if you are coming from Long Island, get ready to see former 2x State Champions in the persons of Steven Keith and Paul Liguori (both from Harvard) as well as John Greisheimer (Edinboro) on the 22nd. All three of these young men are potential starters for their respective institutions….Upstater you say? Fine. Make the trip and see the likes of All-Americans J.P. O’Connor (Harvard) and Josh Patterson (Binghamton)….Still not sold? OK…How about the chance to see a former State Champion in the persons of Anwar Goeres and a 2009 Junior World Team Member, Donnie Vinson, both Binghamton Bearcats.

Not from the N-Y? No worries…For you, November 22nd represents the opportunity to see defending National Champions, Franklin Gomez (Michigan State) and Jarrod King (Edinboro), to go along with a Nittany Lion trio of former All-Americans (Frank Molinaro, Cyler Sanderson, and Dan Vallimont), the University of Wyoming’s lone All-American Joe LeBlanc,  and the true personification of the term “student-athlete” former Crimson All-American Louis Caputo.

Can’t make it on the 22nd? No worries !…You still have one additional chance to see elite collegiate action as less than a week later, Journeymen will host the Northeast Duals. In the past, this event has been known to be both magical and unpredictable at the same time. For those of you too young to remember, it was here at the NE Duals that Hofstra University slayed then #1 Minnesota in what remains the single greatest victory in University’s history….The 2009 edition will not disappoint….With New Yorkers such as Steve Brown (Central Michigan), Matt Mariacher, All-American Kyle Borshoff, and newcomer Ben Krakower (all from American), Appalachian State fab-frosh Paul Glover and Ken Altarac, six Hofstra staters (Bonanno, Franco, Bonilla-Bowman, Gillespie, Patrovich, and Tortora), the majority of Binghamton staters, as well as former 2x NYS Champion Michael Chaires (Virginia), one will not be able to even go to the bathroom without seemingly running into a former NYS legend…If you pride yourself on bleeding true NY blue, than the 28th is a date that must be checked off on your proverbial (and for that matter literal) calendar.

For our out-of-state guests, Popolizio and staff will provide you with a glimpse of perhaps a few future national champions, as returning All-Americans Scott Sentes and Mike Miller (Central Michigan), Mike Cannon (American), Chris Henrich (Virginia), Stephen Dwyer and Craig Brester (Nebraska), a trio of Terrapins (Steve Bell, Alex Krom, and Hudson Taylor), and Bloomburg’s own Matt Moley will join defending National Champion, Jordan Burroughs (Nebraska), as those expected to use the Northeast Duals as the start of what has the potential to be a life-changing 2010 season.

If the aforementioned was not enough to convince you, then consider this. As an added treat to those who attend the NE Duals, Journeymen is happy to announce that former NCAA 3x All-American/Current UFC Hall-of-Famer and icon, Randy “the Natural” Couture will be in the Empire State on the 27th for a V.I.P party (open to the first 125 people) and the 28th for a grappling clinic/Meet and Greet session….For you Mixed Martial Arts nuts, this truly is a once-in-a lifetime privilege.