“Establish trust with your athletes, demand that they give you their best, and teach them to love the sport as much as you do.” – Scott Green, Owner and Coach of Shamrock AC

“Establish trust with your athletes, demand that they give you their best, and teach them to love the sport as much as you do.”  – Scott Green, Owner and Coach of Shamrock AC 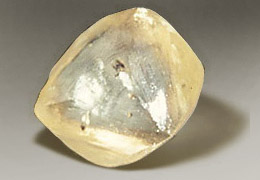 A dull, yellow clump of carbon is just a stone with potential.  With the skill of a craftsman and the touch of an artisan, a great diamond cutter maximizes the value of the diamonds cut from the raw hunk of carbon crystal.  And like a great diamond cutter, a great wrestling coach develops each athlete to their fullest potential.  We judge them by the quality and quantity of the finished products.   A diamond cutter who produces one valuable stone and a bunch of worthless pebbles may be good, or even lucky, but he is definitely not great.  The great ones repeat the success over-and-over again while developing few worthless pebbles.

Scott Green, founder of the Shamrock Athletic Club in Binghamton NY, has been consistently helping athletes develop to their fullest potential since 1996 when he first opened its doors.  Many of the athletes who train at Shamrock have been in the program since youth wrestling and continue through high school for nearly 12 months of the year.   In its 12 years of existence 29 athletes have tallied a combined 43 New York state wrestling titles; 1 DI NCAA Champion and three-times All-American; 1 two-times DI NCAA All-American; 1 NJCAA National Champion; 1 undefeated UFC and top contender at 205; 5 professional MMA fighters;  96 Empire State Gold Medals (ESG), 79 Silver, and 54 Bronze;

And at the nationally esteemed Fargo Nationals, Shamrock wrestlers have earned 78 All-American titles.  Shamrock focuses on the Freestyle and Greco Roman wrestling forms.   “Renowned wrestlers such as Troy Nickerson, JP O’Conner, Donnie Vinson, Tyler Beckwith, and Kyle Dake, to name a few, put as much, if not more, value on Fargo results as they do on NYSPHSAA success,” says Green.

“Scott has been the person who got me wrestling Freestyle and Greco Roman.  That’s when I hit a turning point in terms of my level of wrestling,” says JP O’Conner, a two times NCAA All-American and Senior at Harvard University.  While Green readily acknowledges Shamrock’s influence on their athlete’s success is only one of many contributing factors, his athletes leave no doubt that it was an important factor.  “I haven’t had a coach who has devoted as much time, passion, and support as Scott.  I owe a ton of thanks to him to be honest with you,” says O’Conner.

What makes Shamrock special? There are many factors. Being centrally situated in New York State helps as it is accessible to many top wrestlers within a large radius. There’s the supportive staff of coaches: Rich Manning and Jason Goldman.  “They keep it about the kids: any kid, any place, anytime,” says Green.  But, they still need to be motivated to come.  Some members drive many miles to participate; others make the trip from Pennsylvania, a community renowned for its ability to cultivate champions.  Though essential factors, there must be something more.

Other coaches have more impressive competitive credentials than Green.  He readily acknowledges that:  “I had a pretty undistinguished high school career and duplicated that lack of success at Binghamton.”  Perhaps that’s the key. He channels an unquenched thirst for success into the development of his athletes and the club.  His ambition is not realized by the accumulation of impressive statistics. The pinnacle of his ambition is quenched when Shamrock athletes realize their dreams.

His passion, love of wrestling, and heartfelt exuberance in their success has impressed his athletes.  “In the middle of the mat at Fargo Nationals with my hand raised after defeating Ethan Lofthouse (defending Greco champion headed to Iowa), I looked over at my corner, and there was coach.  He was jumping in the air… so excited.  I think he was happier than I was,” said Tyler Beckwith, All-American at Fargo, New York State champion, and future Binghamton Bearcat.  Or there was another moment this summer when Kyle Dake competed at the Junior World Trials in Colorado.  “He flew to Colorado on his own tab to coach me at Worlds for 2 days, missed his kid’s birthday, and flew back home. It meant so much to have him in my corner,” said Dake, a High School National Champion, Fargo All-American, and freshmen at Cornell this year.

Shamrock is less about winning titles – though that’s important.  Shamrock is about helping young men realize their dreams; it’s about coaches passing their love for wrestling and their wisdom on to the next generation.  “It’s really the entire experience: wrestling hard, having a lot of fun, Shamrock parties and cookouts.  That makes Shamrock special,” says Troy Nickerson, New York’s only five-times State Champion, NCAA Champion, and three-times All-American at Cornell University.  It’s about being part of something bigger than one’s own purpose –  a shared mission to be the best.

Editor’s Note: This is part one of a five part series. Come back each day this week for the continuation of this interview with Scott Green.