Members of the U.S. National Team in all three Olympic styles will personally thank supporters who are “ON THE LIST” for their contributions to the Living the Dream Medal Fund program next week. 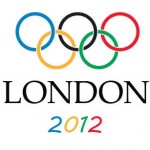 Athletes to call supporters during Living The Dream Thank-a-thon on Tuesday, Sept. 1

COLORADO SPRINGS, Colo. – Members of the U.S. National Team in all three Olympic styles will personally thank supporters who are “ON THE LIST” for their contributions to the Living the Dream Medal Fund program next week.

The Living the Dream Thank-a-thon is scheduled for Tuesday, September 1.  National Team members will make phone calls to all of the contributors to the program between the hours of 5:30 p.m. – 8:30 p.m. Mountain time.

The Stewards have underwritten & secured the Medal Fund. They are simply asking the entire wrestling community made up of 175,000 USA Wrestling parents, kids, coaches, officials and administrators plus the 300,000 people who have some type of affinity to the sport to get on THE LIST with a donation from $5 to $5000.

Your collective help will provide wrestling with a tremendous network of grassroot supporters while beginning a database for the endowment of wrestling.

You can help quickly by securing 3 donors each . If successful, that would increase the base of supporters by 840 in a short period of time. The power of numbers increases exponentially if the second level can secure the same 3 people and so forth.

Multi-Level Marketing, a business concept developed by the Amway Corporation in the 1950’s is a very successful fundraising tool. Many universities & colleges use the technique in their fundraising programs with their Alumni.

PEOPLE GIVE TO PEOPLE. If each donor can help us by contacting 3 people in their circle of influence asking their friends or former teammates to support the Medal Fund. Our goal of 2000 contributors will easily be achieved.

Make plans to be close to home when one of our world team members calls .

When USAW asked the athletes & coaches, 100% of them responded affirmatively.