Al Bevilacqua
A lot has been said already about the 2009 USA Wrestling National Wrestling Team that will be participating in the 2009 World Freestyle Championships in Herning, Denmark. 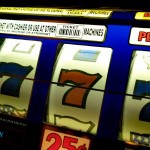 A lot has been said already about the 2009 USA Wrestling National Wrestling Team that will be participating in the 2009 World Freestyle Championships in Herning, Denmark.

Experience, is always a major factor in any type of high level competition but for some reason the United States has always fared very well with first time young men.  They enter the championships with “fire”in their eyes…a USA trademark.  The Russians called the USA in our run in the 1980’s as having “the eye of the tiger”.

If my memory serves me correctly in the 1970 World Championships in Edmonton, Canada, a recent Oklahoma University NCAA Champion by the name of Wayne Wells won the gold medal that led to his stunning 1972 Gold Medal in Munich.

In 1971 a young man called “Gable” a recent graduate from Iowa State blasted on to the scene winning a World Championships in Bulgaria.  He later would join another Iowa State University alumnus at the Munich Olympics Games where Ben Peterson, coming off his victory as an NCAA Champion, won the Gold in his first international event. They both would join Wells giving the USA 3 Gold’s!

This bit of news may be a good omen for Jake Varner, Iowa State NCAA Champion, who will be making his first trip to the “big show”.

In 1973, a mid-shipman from the Naval Academy Lloyd Keaser shocked the world in Tehran winning a Gold Medal.

There was another young man from the University of Wisconsin who came off of the campus and won a 1978 World Championships in Mexico.

Lee Kemp was the youngest USA wrestler ever to win a world championship until Henry Cejudo won last summer.  He went on to win another two world titles.

As many of you should already know or perhaps, unaware of the greatest success the United States was in the 80’s and 90’s.  It was the result of the developmental programs put in place in the 70’s and early 80’s that paid dividends throughout those years.

A special note, Kevin Jackson went on to win another world championship and an Olympic Gold Medal.

There are many other silver and bronze medalists in their first year that led to world and Olympic Championships like Melvin Douglas who in his first year won a silver medal and went on to a world championships in1993.

America with all of its power and wealth will be back in the top tier very shortly.  The missing piece to the puzzle is the commitment of the wrestling community in coming together.

If it is at all possible we hope you can travel to Denmark by joining the New York City group who will be attending the 2009 World Championships.

A long journey begins with the first step.

It is the beginning of their journey to London for the “lucky seven” with a new national freestyle coaching staff and new vision for the Olympic cycle.

Please support the entire World & Olympic effort by joining the list of sponsors.