I would like to take a brief moment to reflect upon last evenings wrestling match. In a three simple words, it was GREAT! I mean REALLY GREAT! The atmosphere was electric. 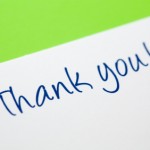 Doreen Herold, on behalf of the MacArthur Wrestling Parent Club, asked me to post this letter of thank you to the wrestling community in attendance at last evening’s wrestling match:

On behalf of the MacArthur Wrestlers and the MacArthur Wrestling Parent Club, we would all like to thank everyone for a great response to our first annual toy drive.  Over a pick up truck full of toys will be forwarded to John Theissen’s “Toys for Sick Children Foundation”.  It was wonderful to see the wrestling community come together for a great cause.  On behalf of the Parent Club, thank you all for a great match and a great turn out with great wrestling and sportsmanship!  Well over 500 people in attendance and we didn’t have one problem.

Best wishes for a wonderful holiday and Happy New Year to all!

I would like to take a brief moment to reflect upon last evenings wrestling match.   In a three simple words, it was GREAT!  I mean REALLY GREAT!  The atmosphere was electric.

Wrestling isn’t like other sports.  There’s an intimacy between the competitors and the fans, and the spirit of togetherness and friendship was apparent the entire night.

While each side was earnestly and vociferously rooting for their wrestlers and their team, it was never with hostility or ill intention.    When a wrestler won, the applause was not only for the winning wrestler, it was for the losing wrestler as well for giving the kind of effort that makes for a great wrestling match.

Every wrestling match was action packed.   When Brian Herold lost the match in a heartbreaking pin to the formidable John Greisheimer, I cheered – we cheered – for a thrilling nearly two minutes of wrestling.  For those two minutes it was an intense and very aggressive offensive effort by Brian, countered by an equally intense and aggressive defense by John.  Brian was far from a chump in that match.  He wrestled like John’s equal, and we were all at the edge of our seats anticipating how this match would end.

When John nailed Brian with his quintessential Headlock, I felt sad to see a match end so abruptly that looked sure to be a barn burner throughout and a possible upset.   So when that match was over, we not only cheered for John’s victory and superb performance, we cheered for Brian for without the kind of determination, desire, and skill that he displayed prior to the ill-fated headlock, the throw wouldn’t have been nearly as breathtaking.

So to the wrestlers of both teams, you did your schools, coaches, and parents proud.  And for the fans, you gave them the anticipated performance.  Everyone in attendance will remember this match for many years to come.  May I suggest a name for it?  “The legend of the Toy Drive at MacArthur High,” where the wrestling community came together as one to support wrestling and deserving young children.