Just west of Wantagh Avenue and about a mile north of Wantagh High School, MacArthur plays host to the most anticipated dual meet of the Nassau County season as Wantagh and MacArthur face off in this recently intensified rivalry. 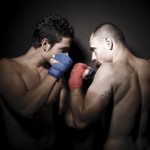 Just west of Wantagh Avenue and about a mile north of Wantagh High School, MacArthur plays host to the most anticipated dual meet of the Nassau County season as Wantagh and MacArthur face off in this recently intensified rivalry.

The dual meet features some possible marquee match-ups as both teams have multiple ranked individual wrestlers, state champions, and national place winners in their lineups.

Will Wantagh be intimidated by the long history of MacArthur dominance in Nassau wrestling…or will MacArthur be shocked by this newly established Nassau wrestling power?  It’s not very likely.  These 2 teams will come ready to wrestle and be prepared for a quality high school wrestling battle. This could be the most anticipated Nassau County dual meet since the late 70’s and early 80’s Island Trees/Locust Valley/Long Beach matches.

LHW asked Coach Murphy and Coach Greenblatt a few questions about the anticipated dual meet.  When asked about the mood in the room or if they do anything differently to prepare for such an anticipated early season dual coach Greenblatt seemed to downplay things a bit:

Coach Greenblatt said, “The mood is really no different. We have been busy getting the season in order. It’s a long season and want to peak at the right time. Though this is a fun and anticipated match we have to stick to the big plan (A County Championship is our goal)…I guess this is bigger for them. We have nothing to prove. We’ll do our best for mid December.”

Coach Greenblatt does see some key match-ups Macarthur may need to win this match, and he is not underestimating Wantagh’s ability. “There should be quite a few,” coach Greenblatt responded. “Kavanaugh v Giametta , Hall v Mondella/Saguero, Fitzmaurice v Medieros, Barbato v Grant/Perez/Manning to name a few.”

Wantagh’s loss to section 9 power Monroe Woodbury did not put a damper on this meeting of top section 8 teams. “Could Monroe Woodbury in their own right be the best team in NY?” Coach Greenblatt questioned.   “In the big State league most matches are decided by the moment, many 3-2 OT matches. Nassau can run with the best, no matter what anyone thinks or says.”

Wantagh Warrior coach Murphy responded similarly when asked about the mood in the room and the preparation for the big match. “Nothing has changed…everything is business as usual,” Murphy said. “We have nothing to prove, we’re treating this as any normal match.”

There’s sure to be some lineup juggling by each coach to take advantage of the best match-ups possible – especially as the match progresses and the outcome does not evolve to plan.  The winner of this dual will need to win one swing match, minimize bonus points in 2 or 3 weight classes where they are expected to lose to top wrestlers, and/or maximize bonus points in one key weight class where they are expected to win.

Whatever the outcome, this dual meet will showcase two of Nassau County’s top wrestling teams demonstrating their talent and their hard work for the fans to admire and appreciate.  And thanks to the support of the MacArthur Wrestling Parent Club’s toy drive for John Theissen’s Toys for Sick Children, you’re attendance will help to make a happy holiday for a few deserving young children.

LHW is planning to stream live video of this match provided there are no technical difficulties, which we do not anticipate.  At a minimum, we will support this event with live texting, so if you can’t make the match, tune into Lighthouse Wrestling for the real-time results.

Pete Candito Favors Wantagh:  27-24 based upon the preliminary match info. However, I see the 2 critical possible match-ups as 135 Delacruz vs. Medeiros AND 171 Kavanaugh vs. Giametta. I have Mac losing both of those matches by decision. If they win one of those matches they win the match 27-24. That is how close this match will be. Both teams minimizing bonus points in individual matches they are due to lose will also be the key to victory.

Bill Miller Favors MacArthur:  28-27 based upon my analysis of the likely matchups.  The key matchups that can turn the tide for either team are at 103 Barbatos vs Grant, 125 Frisha vs Palermo, and 130 Fitzmaurice vs Madieros.  These matches can go either way, and depending on the outcome, it is possible for one of these 2 teams to win big.   I took a conservative view on those matchups in my analysis.  Also key to the MacArthur win is to not give up the bonus points in the Ligouri and Greisheimer bouts.  My analysis has Mac fighting off the bonus points in those matchups with Mac holding Ligouri to 4 points and Greisheimer to 5 points.

With these two Nassau County Teams wrestling each other, Macarthur’s wrestlers and Parent Club thought it would be the perfect opportunity to give back to the community. They will be hosting a toy drive, with all toys being donated to John Theissen’s Toys for Sick Children. Let’s use this great event to show how generous our wrestling community is by bringing an unwrapped toy to the match.   Free Admission with the donation of a toy.

9 thoughts on “MacArthur vs. Wantagh Preview”