When you think of Wantagh, the first wrestler that comes to most people’s mind is Paul Liguori, but greatness often comes in pairs, and in Wantagh’s case, greatness came in 3’s with the trio of Paul Liguori, Paul Greishiemer, and Steve Bonanno: a kind of Three Musketeers, if you would. 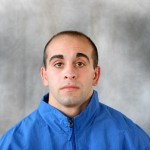 When you think of Wantagh, the first wrestler that comes to most people’s mind is Paul Liguori, but greatness often comes in pairs, and in Wantagh’s case, greatness came in 3’s with the trio of Paul Liguori, John Greishiemer, and Steve Bonanno: a kind of Three Musketeers, if you would.

Over the last three years this trio of Wantagh wrestlers has been devastating the local competition, and now with Steve Bonanno, starting freshman at Hofstra University, we are seeing a sneak preview of what this trio plans to unleash upon their NCAA D1 competitors.  It’s gonna be AWESOME!

Steve Bonanno is off to an impressive start with an 8-5 record and with some important and impressive wins over quality wrestlers.  Steve was the difference in Hofstra’s upset win over Penn State when Steve pulled his own upset over Brad Pataky with his relentless neutral attack.  The following week, Steve secured another upset over Troy Dolan of Missouri #5 and was responsible for 1 of only 3 Hofstra victories in the dual meet.

In recognition of Steve’s impressive performance as a true freshman at Hofstra University, Stephen Bonanno – the 125lb Pride Wrestler – is Lighthouse Wrestling’s wrestler of the week (12/1).  Steve was kind enough to answer a few questions to underscore this recognition.

LHW: You seem to be adjusting to college competition well. What’s the difference between college wrestling and high school wrestling?

Steve: The main difference between college and high school is the pace of wrestling. Whether it’s in the room or in a match everything is faster and combined with several moves just to score one takedown, turn, or escape. It’s almost like learning to wrestle all over again because a lot of stuff you used in high school just won’t work at the college level so it gets really frustrating really quick.

LHW: What if anything have you changed in the way you approach the sport?

Steve: In high school there were always matches that you would know were going to be easy, but in college it’s almost guaranteed that every match will be a battle, so now I really have to be physically and mentally prepared for every time I am going to step onto the mat. I have to have a plan before going on the mat and I really have to concentrate on the stuff that I worked on in the room so I can be successful. Eating the right way before and after weigh-ins is really important to me especially since I only have an hour between weighing in and wrestling in a dual meet. But overall I have to approach every match with intensity and get ready to fight for seven minutes.

LHW: What’s your goal for this season?
Steve: For this season, my goal is to become an All-American after a weekend in St. Louis.

LHW: How are you finding managing wrestling and academics in college? What’s the biggest adjustment you had to make?

Steve: I feel like I have to make time every day for myself to sit down and study and do my homework. Sometimes I get work done before practice then finish it up afterwards, and a lot of times you’ll find me locked in my room studying until one in the morning. It can really be a pain to get work done at the end of the day because I’m just tired and don’t feel like moving but I have to force myself. The biggest change I made since high school is that I try to get work done a couple days in advance if I have been given the assignment because there is nothing worse than having to bang a paper out in one night because it’s due the following morning.

LHW: The Pride team is young, but with the Penn State upset and the close Missouri match, it looks like the team has a great opportunity to exceed expectations this year. What’re your thoughts?

Steve: To tell you the truth, I don’t really look at the team rankings that much, so I don’t know who is ranked where but I feel that our team can really hang with anyone. We are young being that more than half of our starting lineup is underclassmen, but I think that can work to our advantage because everyone is eager wrestle the best teams in the nation. After being overlooked at the beginning of the year in the national rankings, everyone on the team was angry and it is only pushing us to work harder and with that type of motivation I think we will continue to surprise people.

LHW: That’s it for the serious stuff.  We’d like to ask you a bunch of fun questions, and we hope you find them to be fun as well. Hopefully this can give your fans a chance to know a different side of Steve.  What’s your favorite song/Band?

Steve: My favorite band would have to be Rise Against

and my favorite song is definitely Mutiny! by Set Your Goals

Steve: Now this is a tough one, but I am gonna have to go with Anchorman

. I like pretty much any movie Will Ferrell is in, and to tell you the truth I like so many movies but this one always comes to my mind first.

). The leading lady would definitely be Jessica Biel.

LHW: When not cutting weight, what are some of your favorite foods? Do you prefer mom’s home cookingor going to restaurants?

Steve: I would have to say that nothing beats my mom’s cooking, and I have to be one of the luckiest kids since my mom always cooks. Nothing beats a good hamburger in my mind, but I pretty much enjoy just about all food.

Steve: In the summer I am almost always at the beach and surfing with my friends. I try to have a frisbee in my car at all times just in case. I also like to skate and ski, but I havent done much of either lately.

LHW: What’re three things most people don’t know about you that you think they would be surprised to learn?

Steve: The thing a lot of people don’t understand is how I backed out of my commitment to Brown, and to tell you the truth it was the best decision I ever made and I would do the same thing again. One thing people don’t know about me is that I really enjoy cooking. I feel like there is nothing better than making a meal for oneself or for others and then eating it. The last thing I can think of that people probably don’t know about me is that I love New York City and I love going to see Broadway plays.

Steve: Pretty much I just wanted to thank Lighthouse Wrestling for the interview and that I am looking forward to the rest of the year and to see where it takes me. I am excited for the rest of the season and hoping to see everyone at our matches this year

Thank you Steve for taking the time to sit down with LHW….We’re all excited for your success so far this season, and we are all rooting for your continued growth and success.  We wish you all the best.

One thought on “LHW’s Wrestler of the Week (12/1): Stephen Bonanno”