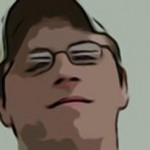 With Hofstra on a break until their December 12th dual against Binghamton, I didn’t have much in the way of wrestling related entertainment this week. I did however spend a large portion of Saturday glued to the internet, trying to find updated results for the Mat Town Classic on the campus of Lock Haven University….I am happy to report that overall, the select members of the Pride team that choose to compete did represent HU well. Winning the title at 184 was true freshman, Ben Clymer. Steve Bonanno turned in another steady performance, claiming the bronze medal at 125. The only loss that the true frosh from Wantagh suffered was a 9-4 decision to 2007 NCAA Champion, Paul Donahoe, who is sitting out the first semester following a transfer from Nebraska to Edinboro….The one sour note for Hofstra at the Mat Town was Jordan Enck, who continues to be plagued by being an undersized heavyweight. The Manheim, PA native went 0-2 at the event.

Unfortunately, there are no rankings yet. I had hoped to incorporate them into this week’s edition of the column. However, because I am in the midst of working on an online interview with former US Olympic Gold Medalist, Jeff Blatnick, for another website, my time was somewhat limited. Following the conclusion of the Blatnick piece, I will be putting together a CHSAA preview for Lighthouse. But, if all goes well, I should have amble opportunity to release my first set of rankings this time next week….Your patience is as always, greatly appreciated.

Looking to the future, the next seven days (to be honest, it’s really only Fri-Sun) has me excited. In addition to the battle of interstate rivals, #1 Iowa versus #2 Iowa State, this weekend will also feature the next installment of the Bedlam series between Oklahoma and Oklahoma State. If you thought this past weekend’s football game was exciting, just wait till the perennial powers take to the mat. If a pair of top quality duals isn’t a enough to feed your wrestling appetite, Friday marks the beginning of two of my favorite tournaments of the year, the Cliff Keen Las Vegas Invitational (college) and the Walsh Ironman (High School). With the nation’s elite collegiate and scholastic programs attending their respective tournaments, I’ve always found that in a way, the latter serves as a precursor to the former. Put more simply, the kids you see placing and winning at the Ironman, seem to find their way onto the podium at the Vegas Invite and the NCAA tournament….Of course, as a lot of you already know, NYS regulations prohibit our high school athletes from participating in events such as the Ironman. Therefore, to a very small extent, this fact does put a damper on my enjoyment of Ohio based event.

Since the bulk of the nation’s top-25 college teams will be flocking to sin city, there are not a lot of premier duals (outside of the two cited above). Therefore, in this week’s predictions section, I have decided to do something a little different. Using the current InterMat rankings, I am going to take the projected top-8 seeds and predict the winners of each round, beginning with the quarterfinals. I will do this for all ten weights. Because this will likely cause this article to be severely on the lengthy side, I am going to cut short my analysis of the Iowa/Iowa State and Oklahoma/Oklahoma State duals. Instead, I will just predict the winners of each bout without going into to much detail.

However, before we too far ahead of ourselves, let us take a step back and review some of the top moments from last week’s action.

-Defending NCAA Champion, Jaggers, Defeated at All-Star Classic: Exactly one week ago, the 2008 National Champion at 141 pounder, J Jaggers, found himself on the losing end of a 6-2 decision to then #2 ranked, Nick Gallick of Iowa State. Fortunately for the crowd favorite from the host school, the Ohio State University, the N.W.C.A All-Star Classic is considered to be strictly an exhibition and can not be used as a factor when determining national rankings and/or seeding for the NCAA tournament. Thus, despite the loss, you can expect the former winner of the Junior Dan Hodge trophy to maintain his top ranking….In addition to Gallick, other wrestlers who got their hand raised at the classic included Cyclone teammate, Jake Varner (197) a 13-1 major decision winner over Maryland Hudson Taylor. Winning bouts for defending Champion, Iowa, were Charlie Falck (125)– 6-2 over James Nicholson (ODU), Brent Metcalf (149)–19-3 TF over NC State’s Darrion Caldwell, and Phil Keddy (184)–3-2 over Louis Caputo (Harvard). Knocking off their Hawkeye teammate Jay Borschel 3-2 at 174 was Michigan’s Steve Luke, the #1 ranked grappler at the weight. Returning Champion, Jordan Leen, showed that until proven otherwise, the 157 weight class still belongs to him following a pin of Cyler Sanderson (Iowa State) at 5:59. Rounding out the victors were Illinois’ Jimmy Kennedy (133)–7-5 against Minnesota’s Jayson Ness, Missouri’s Nick Marable (165)–3-2 over Mack Lewnes (Cornell), and Oklahoma State’s Jared Rosholt, who defeated Wisconsin’s Kyle Massey 8-4.

-Iowa goes 4-0 at Northeast Duals: A week removed from going 4-0 at the Hawkeye Duals, the University of Iowa improved their record to 8-0 with a sweep of four duals against Binghamton (45-0), #17 Central Michigan (27-6), Maryland (38-6), and Bloomsburg (39-3). The Tom Brand led Hawkeyes have now won 74 out of a possible 80 dual bouts this season. At the forefront of the impressive performance under the roof of the McDonough Athletic Complex (Hudson Valley Community College) were Falck, Metcalf, Borschel, Alex Tsirtsis (141), Ryan Morningstar (165) who all went undefeated on the day. Heavyweight, Dan Erekson, went 3-0, sitting out the dual against CMU.

-#22 Lehigh Shocks #7 Oklahoma State: The University of Iowa was not the only team to go perfect this past weekend in Troy, NY. Joining them was the Mountainhawks of Lehigh University, who posted a 5-0 record on the day, including an 18-13 upset of the Cowboys of Oklahoma State…Starting the upset bid on the right note was RS freshman, Connor McDonald, who upset #5 Obe Blanc, 4-3. Lehigh would feed off of this clutch performance, getting their hands raised in five of the next seven bouts to an almost insurmountable 18-6 lead. Highlighting this effort was Mike Galante, who scored a last second takedown to topple #10 Brandon Mason. Other key victories included Seth Ciasulli’s 8-6 win over Jamal Parks at 141 and former NYS Champion, Trevor Chinn’s 3-2 win over highly regarded RS freshman, Luke Silver…In the battle of the present versus the future in the heavyweight division, it was the present, Oklahoma State’s Rosholt who emerged with the 8-1 decision over LU’s Zach Rey.

-Sunday, A tough Day for Cleveland: If your name contained “Cleveland” in it yesterday, more than likely, your day ended with you feeling disappointed. A few hours after the Cleveland Browns blew a fourth quarter lead in a 10-6 loss to the Indianapolis Colts, another Cleveland found himself on the wrong end of a close contest. #3 Cody Cleveland, a sophomore from Tennessee-Chattanooga, who entered yesterday’s dual against Virginia Tech with a strong chance to ascend into the #2 spot following Nick Gallick’s loss last week to Wisconsin’s Zach Tanelli, saw that opportunity foiled by the Hokies’ Chris Diaz, who pulled the 8-6 upset in front of the hostile Mocs’ fans. The win was one of many for Coach Dresser’s team as VT cruised to a 37-0 shutout of the host school.