Unbelievable as it may hopefully seem to most reading this. Some in the year 2008 still do not understand the direct relationship of weight training and wrestling (and all other sports for that matter). 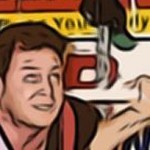 Unbelievable as it may hopefully seem to most reading this. Some in the year 2008 still do not understand the direct relationship of weight training and wrestling (and all other sports for that matter). If you have been involved with wrestling long enough, you have certainly heard, as I have, all kinds of comments, suggestions, and wonderful incites to strength training.

My goal here is to try and clear up some of this trash. I will also give you some honest input so you can make your own judgement whether you should hit the iron. It has been my suggestion to all serious wrestlers to start a work-out program since my high school days.

I would always talk about the obvious aspects of the sport. Why do wrestlers cut weight? Is it because it is fun? Maybe it is just part of the sport? Or is it to gain an advantage? What would that advantage be? Are lighter wrestler not as good as there heavier counterparts? Why do they even have weight classes?

This past winter at the close of the season I decided to present the argument from a different view. I guess that I was taking it for granted that people in the sport where studying, reading and learning some of the same stuff that I was. So maybe if I stated some facts from the best minds in the sport. This would surely work?

written by Dan Gable (maybe you heard of him). In his book the very first chapter is POWER AND TOUGHNESS- the “KEYS TO WINNING WRESTLING.” If you read it you will see the emphasis that Coach Gable places on strength training!

. First let me say, if you are a serious wrestler; you must get and read this book! In the book they talk about MARK JOHNSON. I am sure most reading this will not know Coach Johnson. He was a wrestling/strength coach at IOWA during the stretch of the best teams in NCAA history.

Coach Johnson was a extremely strong man himself. He was written about in Muscle Magazines, particularly for his ability to curl 250lbs. for ten reps. He also won several physique contests while training for wrestling! A two time ALL-AMERICAN at MICHIGAN. Coach Johnson was also a very successfully head coach.

It is quoted in the book ” we lifted weights at IOWA with the same intensity that we wrestled.” How many of you do this? Is it any wonder that they won 9 consecutive NCAA titles? Maybe to some, but not to this author!

Mark Johnson is quoted as saying and I certainly agree with ” It’s a basic part of wrestling.” He continues, “Strength will seldom do the job all by itself, but it can make the difference in almost every match. Weight training is now an essential element of all wrestling programs that are on top. If you want to be an NCAA champion or postgraduate champion in this day and age, then you have to be a weight trainer. It’s as simple as that!”

Another great book is ENCYCLOPEDIA OF AMERICAN WRESTLING

. This book tells some amazing stories of many old time wrestlers. For example there is GEORGE HACKENSCHMIDT. One of the all time great heavy weights of  the world. At a body weight of 190 he pressed  311.5 pounds in the wrestlers bridge! It also goes into great detail about all aspects of wrestling. The interesting thing, the first page of the first chapter tells the same story.  GET STRONG if you want to win!

The last book I would like to mention is SUPERTRAINING

by MEL SIFF. Mel is an expert on training with a vast knowledge of RUSSAIN WEIGHT TRAINING TECHNIQUES. He has brought his expertise to the USA. Here is what he had to say. ” Strength training became an integral part of all sports training in Russia. Whereas in the west, the attitude more often was one which claimed that weight training slowed one down. Made for unnecessary bulk and reduced flexibility. Quite predictably, Russia began to dominate the OLYMPIC GAMES.

My dad always says on his ability to beat the highly skilled wrestlers of the great SPRIG GARDNER’S MEPHAM TEAMS. “They had the science, I had the power.” He and all the others I think are on to something.  Hopefully this article will convince you to start lifting. If not, I am not sure what will?

I will begin to talk about TRAINING in my next article. As always if you are interested in working out or have any questions or comments you can email me, Coach Ellinger at ironwill(at)optonline(dot)net.

15 thoughts on “The Need for POWER”